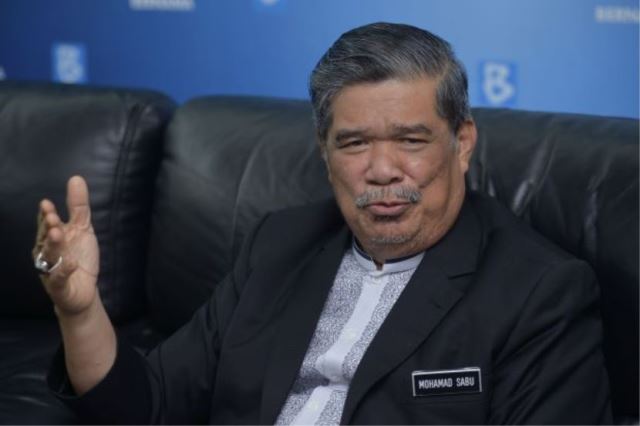 KUALA LUMPUR — All parties should help curtail the culture of ‘takfiri’ or calling each other infidels among the Malay Muslims which has become viral in this country, said Parti Amanah Negara (Amanah) president, Mohamad Sabu.

He said Amanah viewed this development as serious.

“Amanah feels that if this culture of ’takfiri’ is not stopped fast, it could mar the image of Islam,” he said, adding that it could also destroy the harmony in Malaysia, as seen happening in a number of Middle Eastern countries.

In a statement today, he said such a culture could sow extremist attitude and thinking to the point of becoming a threat to national security.

“Amanah calls on all parties to play a role in curtailing this unhealthy culture and which is contrary to Islamic teachings,” said Mohamad, who is also Defence Minister.

He said reports should be lodged with the authorities for action to be taken to prevent a recurrence of this misdeed.

Mohamad was referring to the action of a Facebook user, said to have posted a content with ‘takfiri’ elements and making Amanah vice-president, Datuk Seri Dr Mujahid Yusof, the target.