AMPANG — Economic Affairs Minister Datuk Seri Mohamed Azmin Ali has called on Malaysians to devote all their efforts to the development of the nation, and to cease politicking on a prolonged basis.

He said specific attention should be paid to stimulating the country’s economy and in providing full support to Prime Minister Tun Dr Mahathir Mohamad’s leadership in taking the country to the world’s stage.

“Stop the prolonged politicking. There is a lot of politicking going on in Malaysia …”, he said in his speech at the Chinese New Year open house celebration for the Ampang parliamentary constituency and the Bukit Antarabangsa state legislative constituency, held here tonight.

The celebration was also attended by Housing and Local Government Minister Zuraida Kamaruddin who is also the Member of Parliament (MP) for Ampang.

Mohamed Azmin who is the MP for Gombak, expressed the hope that the full support extended to Dr Mahathir would enable Malaysia to emerge as a country with the capacity to compete at the global level, after the Asia-Pacific Economic Cooperation (APEC) summit to be hosted by Malaysia this November.

The minister added that although Malaysia and the rest of the world was being tested with the COVID-19 infections, the Malaysian government, particularly the Health Ministry, was nevertheless acting in a proactive, quick and efficient manner to contain the virus so that it does not jeopardise the economy.

The government was also working towards introducing an economic stimulus package in the near future to facilitate improved cash flow and the protection of economic sectors among others, he said. 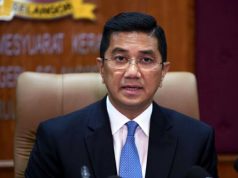 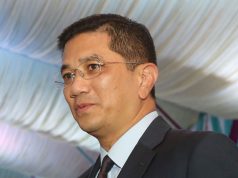 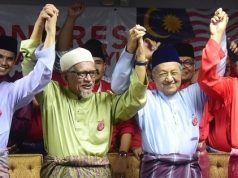