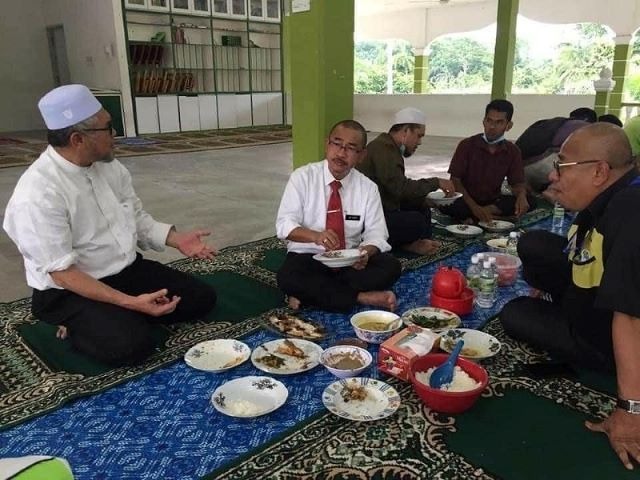 GERIK — Deputy Health Minister Datuk Dr Noor Azmi Ghazali was today sentenced the maximum fine of RM1,000, in default a month’s jail, for defying the Movement Control Order (MCO) by attending a social event and then had lunch with the attendees two weeks ago.

Magistrate Norhidayati Mohammad Nasroh meted out the fine after all of them pleaded guilty to the charge, which was read out simultaneously by the court interpreter.

All of them paid the fine.

They were all charged with jointly gathering  in an infected area for a social activity, which is a violation of Regulation 6(1) of the Prevention and Control of Infectious Diseases (Measures within the Infected Local Areas) Regulations 2020, read together with Section 34 of the Penal Code.

They were caught doing so in a hall at Maahad Tahfiz Quran Lid Dakwah Wal Imamah, Kampung Luat, Lenggong, between 6 pm and 7 pm last April 17.

In meting out the fine, Norhidayati said the fine would suffice since it was the first offence for all of them and that they were all gathered there to perform the Asar prayer and distribute food to the locals.

“Taking into account that they were gathered there not for something meaningless, but to assist the local community in the wake of COVID-19.

“However,  I find that the purpose of such a gathering is not an exception, as what is important is that it also pose a big risk to the virus infection,” she added.

According to the facts of the case, they were earlier at the Lenggong Health Clinic where Dr Noor Azmi was on an official working visit and after the event, went to Maahad Tahfiz Quran Lid Dakwah Wal Imamah to perform the Asar prayer and also distribute dried food to representatives of the local residents, before adjourning for a meal at a hall there.

An image of Dr Noor Azmi, who is Bagan Serai Member of Parliament, and Razman, who is also Perak PAS Commissioner and Gunung Semanggol State Assemblyman, eating together with the others was viraled on the social media the following day.

In mitigation, Nor Zahari said all his clients apologised to the court and the people in the country for their action.