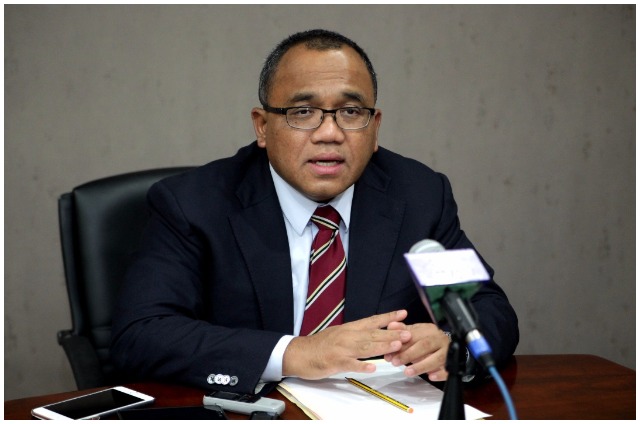 Mohamad Zahir, 52, who holds a Bachelor of Arts (Honours) degree from the University of Leeds, England, began his career as assistant director in the Ministry of International Trade and Industry before joining MARA Holdings as corporate  planner.

The Barisan Nasional (BN) candidate was elected Kamunting assemblyman in 2008 and later appointed Exco from 2009 until 2018.

Menteri Besar Ahmad Faizal Azumu (Bersatu-Chenderiang) nominated Mohammad Zahir as the new speaker, which was supported by Datuk Saarani Mohamah (BN-Kota Tampan) along with 35 other assemblymen.

Earlier, there was chaos during the assembly sitting when Ahmad Faizal proposed that Beruas MP Ngeh of DAP, resign following the political situation in the state, as the Perikatan Nasional (PN) now has the support of Parti Pribumi Bersatu Malaysia (Bersatu), BN and PAS, to form the government. .

Mohamad Zahir when met by reporters said he would assume the role of speaker to ensure that the state assembly sitting runs in an orderly manner.

“I am the speaker for the Perak state assembly, not speaker for PN. InsyaAllah I will be fair and impartial,” he said.

Meanwhile, Ahmad Faizal said Mohamad Zahir’s appointment was made according to procedure as a notice of motion to replace the speaker had been submitted on May 4.