On March 8, 2014, Malaysian Airlines Boeing 777 MH 370 took off with 239 passengers from Kuala Lumpur enroute to Beijing, China.  Within a matter of one hour or so, the plane lost all contact with the ground and disappeared.

It was suspected that the experienced pilot Zaharia Ahmad Shah made a u-turn to veer the plane from its scheduled course towards the westerly direction of the Indian Ocean.
Within short period time, a massive search operation was started to comb the Indian Ocean.

Nobody is sure as to why the MH370 moved towards the west. For Changy, it was a major deception.

A deception that cost time, energy and money contributing to the confusion and bewilderment of many including the immediate family members of the passengers. 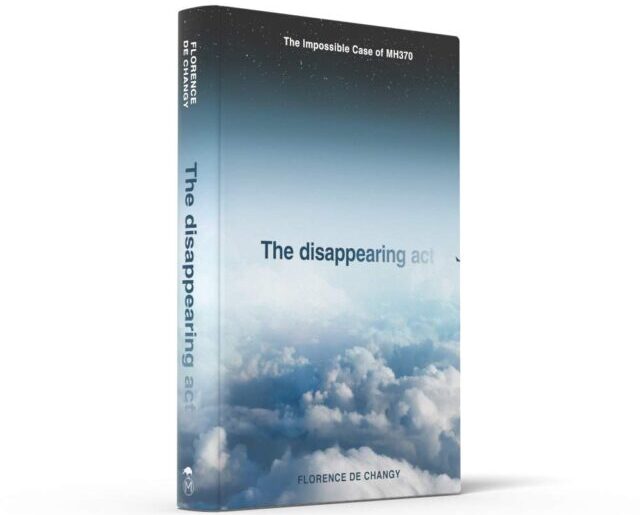 For Changy, how the MH 370, the length of two blue whales, end to end, could just disappear is mind boggling.

Most bizarrely, in the age of sophisticated technology, super satellite and tracking systems, the plane or its parts could not be tracked or identified.

She cannot fathom as to why so much effort and time were wasted in looking for the plane in the Indian Ocean without any clues.

The theory that the plane could have crashed and sunk in the Indian Ocean had no basis.
The debris and splintered parts apparently from the MH370 turned out not to be true.
Even the move to monitor electronic signals from the black boxes proved to be futile as signals or pings could have emanated from sources.

The author rejects theories that seek to explain the disappearance of the plane on the grounds of suicide, hijack and explosions within.

It is argued that something is seriously amiss about the whereabouts of the plane.
It is definitely not below the Indian Ocean, it took the defined path to China, but something happened somewhere in between the airspace of Vietnam and China.

The author believes although she cannot conclusively prove that the plane was shot down, but thinks that US or its proxies might have had a role in the disappearance of the Boeing.

She believes that the plane was carrying sophisticated military technology en route to China. These equipments were not properly scanned before they were placed in the cargo compartment.

Whether the presence of mangosteen in the plane was meant to conceal the “real” cargo is left to the imagination of the readers.

Changy seems to argue that US knew about the contents of the cargo in the plane.
There was fear that the sophisticated equipments might fall into the hands of China if not stopped.

There was no real intention to shoot down the plane as the initial move was to divert the plane for a safe landing. But since this attempt failed, the decision was made to forcibly bring down the plane either by firing missiles or the use of the laser system.

Apparently, the shattered pieces and debris miraculously disappeared from the scene as no one took notice of this sector.

Changy’s theory sounds strange and bizarre, something very Kafkaesque, but she believes that reward system put in place ensured compliance on the part of certain powers.

While I am not sure whether the plane was shot down by the US forces or some other party, there is a possibility it could have crashed in the South China Sea.

It is strange that while much effort and money were expended in searching for the plane in the Indian Ocean, hardly any effort was spent in the South China Sea.

Changy must be congratulated for her excellent work in seeking an alternative explanation for the missing Boeing MH370.

Even if we don’t agree with her, she has the right to express her opinion based on many years of research.

She is passionate about seeking the truth for the families of those passengers who disappeared.

I am not into conspiracy theory in explaining the whereabouts of the Boeing, but then seven years is too long for not have discovered the plane.

It has taken too long to bring a closure to the tragic event that has caused misery and pain to the families of those passengers and crew who have disappeared without any trace.

Even if Changy’s theory has conspiratorial tendencies, it is certainly worth the perusal.