If there is need to examine and bring about changes to the Tamil schools’ curriculum, the Ministry of Education should consult the various stakeholders of the Tamil community and not just a religious NGO such as the Malaysian Hindu Sangam (MHS).

I understand that the MHS is not been happy with some aspects of the Tamil schools’ curriculum particularly for the primary standard six in the vernacular medium.

MHS has alleged some Indian officials from the Ministry of Education have deliberately changed the curriculum to include Dravidian ideology. 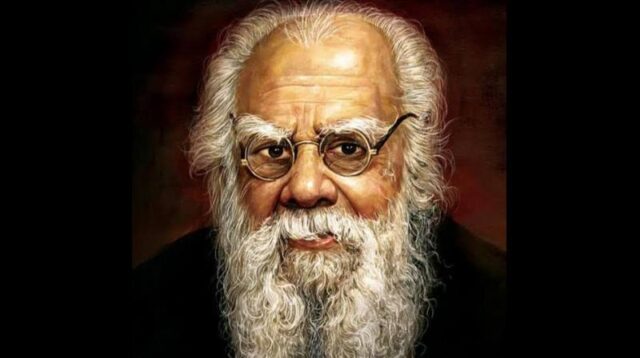 The inclusion of the ideas of E.V. Ramasamy, or Periyar, a famous Tamil social reformer in Tamil Nadu in the 1920s and 1930s is seen by the MHS as a danger to Hindu religion.

Furthermore, the idea of Ponggal or Tamil harvest festival is not a religious but cultural one has disturbed the MHS in regard to the school curriculum.

I understand that MHS had meeting with the Deputy Minister of Education Mah Hang Soon in which he agreed by him to remove the “offending sections” in the Tamil schools’ curriculum pertaining to the spread of Dravidian ideas or thoughts.

Changes to curriculum in schools are normal, however, if such changes touches on the sensitivity of ethnic or religious communities, there is need for dialogue and discussion of various parties.

It is really unbecoming of Mah to just invite the so-called aggrieved party, in this case, MHS before deciding on the changes or the removal of the offending parts.

The Malaysian Indian community consisting of largely Tamils are quite jealous and guarded of their culture and their history.

The majority are Hindus but religiously defined by their long years of history and culture predating the arrival of Indo-Europeans about 1500 BC.

What is described as Hinduism by MHS might not the type that Tamils indulge in. In fact, the Hinduism of MHS is more based on Brahminic rituals based in Vedas and other old religious texts rendered in Sanskrit.

Although in the Malaysian context, MHS has eschewed right wing politics so far. MHS advised the ministry to include in the curriculum the names of local Tamil leaders and not those from Tamil Nadu or India.

The Vedic tradition seems so important to organisations like MHS, the rich history of pro-Dravidian worship before the arrival of the Aryans will be forgotten.

In the same manner, since MHS is talking to so much about localisation, then it should at the same time not ape the right wing ideology coming from India.

Tamils are highly tolerant race due to their moderating culture and history. We don’t want a situation in this country where Tamils start to follow the brand and of religious thought that might corrode their rich culture and heritage.

I urge the Ministry of Education not to treat the Indian community from the narrow lens of the MHS.

MHS is not even a NGO in the true sense of the word, but a two-dollar company where certain leaders are elected periodically on the basis of in-built undemocratic mechanisms.
MHS does not represent the Malaysian Hindus and neither does it represents the Tamil community.

MHS leaders cannot claim that they represent both Hindus and Tamils.

There are many other organisations that can represent the Indian community broadly.

The PN government devoid of legitimacy is quick to develop ties with organisations like the MHS that have no standing or ties with the Indian community.

Just because it is called Malaysian Hindu Sangam does not mean it represents the Hindus.
Far from it.

The matter of changes to Tamil schools’ curriculum is a serious one. It cannot be undertaken by the ministry listening to the MHS.

A broader dialogue is called for to find out the grievances of the MHS and why there is need for change.

If MHS has its way in revamping the curriculum, then it is matter of time that school children will be learning more about religion, the version promoted by the MHS and others.

Young children will drift away from acquiring relevant skills to meet future demands.
For organisation that hardly raises its voice when Hindu temples were destroyed and Hindus were converted, how fitting is it to label the MHS as a representative body of Hindus.

The Ministry of Education should not be misled by MHS on the question of need to bring changes to the Tamil schools curriculum. Changes might be needed in keeping abreast of times, but not what is suggested by MHS.

If the Ministry proceeds with the changes just based on the advice of MHS, such near unilateral move needs to be stopped.

As the Deputy Chief Minister of Penang and the Chairman of the Penang Hindu Endowments Board, I fear that changes suggested by the MHS will have a far reaching negative impact on the Tamil schools system in the country.

If the Ministry of Education proceeds with the revamp, then I will have no option but to seek legal advice on the matter to stop the Ministry from proceeding with this undemocratic move.