Prime Minister Muhyiddin Yassin’s assurance to the Indian community “we will take care of you”, is a meaningless statement.

The community’s political representation has not only be slashed at the state and federal levels, but it has lost out in many areas.

In short, Indians who have contributed so much for the development of this country are in a most unenviable position.

It is well and good to talk about shared prosperity, but it is self evident that Indians have lost out in whatever prosperity that have gained in the past few decades.

The non-mutually exclusive nature of the interplay of race and religion in the interests of Malays and Muslims have excluded the non-Malays particularly Indians being beneficiaries of economic, political and social development.

It does not take rocket science to understand why Indians are in the present predicament.
Historically, the marginalisation of Indians basically continued from the British colonial period.

The adoption of overt racial and religious policies put a powerful damper on the socio-economic progress of Indians.

The upward social and economic mobility was thwarted for Indians through both oversight and deliberate neglect. 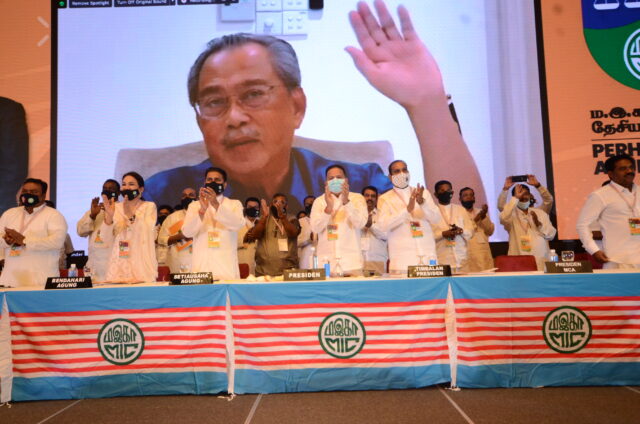 Indians under the PN government have lost their dignity and pride.

The MIC is remnant of the past, its leaders are mere showpiece to remind Indians that they are being represented.

The most pitiful and awful one.

If the MIC leader S. Vigneswaran can go to the extent of blaming Indians for the demolition of their temples, then what kind of leadership can we expect from the MIC, or Malaysian Indian Clowns!

BN and PN both failed the Indian community miserably.

All the sweet talk by Muhyiddin or any other race baiting leaders will mean nothing for the future well-being of the Indian community.

The community that shed tears and blood for this country are treated as second or third class citizens.