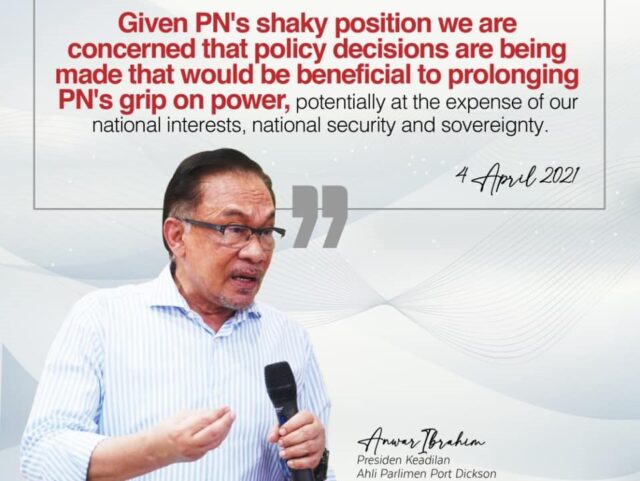 The pace of mistakes, missteps and miscalculations by the Perikatan Nasional government is accelerating. The absence of Parliamentary oversight and accountability represents a clear and present danger to Malaysia’s sovereignty.

The Foreign Minister’s “elder brother” comment on Friday may have set Malaysia’s China foreign policy back 25 years and undermined decades of hard work of seasoned Malaysian officers in Wisma Putra. It signals to the international community that Malaysia’s orientation as a neutral nation is changing under the PN government.

The Foreign Minister’s attempt to downplay his comment illustrates a lackadaisical understanding of diplomacy, strategy, Asean politics and China in the PN cabinet.  Much of the world is aware that the PN government lacks a Parliamentary majority. Our allies and adversaries alike, be they officials of state or corporations and businesses, may attempt to use PN’s weakness as an opportunity to extract benefits in their engagements with Malaysia. This could be done to the detriment of Malaysia’s diplomatic standing, her economy and the well-being of her people.

This is why a Prime Minister who has lost the confidence of the majority is duty bound in the Westminster system to resign and allow the Constitutional process to proceed. Instead we have a Prime Minister hiding behind the emergency declaration and cutting deals left and right to cling to power.

Given PN’s shaky position we are concerned that policy decisions are being made that would be beneficial to prolonging PN’s grip on power, potentially at the expense of our national interests, national security and sovereignty. 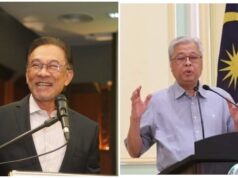