Hindu temples existed long before the federal territories came into existence. It is indeed shocking that 115 Hindu temples and shrines in the federal capital have been identified as illegally built on government land.

This fact was disclosed by the Deputy Federal Territories Minister, Santhara Kumar. Apparently, according to him, eight cases were resolved after they were granted occupation letters and alternative sites reserved for non-Muslim places of worship (RIBI).

Out of the balance of 107 temples/shrines, 56 have been identified for RIBI sites in the federal capital.

To resolve the problem posed by these illegal places of worship, the Federal Territories of Land and Mines have created a RIBI executive committee to look into the question of illegal temples and shrines.

What was shocking about the revelation is the fact after more than 60 years of political independence, non-Muslim places of worship have not not been given a fair deal.
#TamilSchoolmychoice

If federal territories have not resolved the problem of land for non-Muslim places of worship, then one can only imagine in the other states.

A committee such as RIBI that should have been formed many years is just being formed in the federal territories.  In other words, these territories have no permanent committees or structures to resolve the myriad problems faced by non-Muslim places of worship.

In Penang, RIBI was formed many years ago entrusted in securing land for temples and other religious faiths.

This is the reason why Penang presents a successful case of state that amicably resolves or settles land ownership for non-Muslim places of worship. This is why there are no temple demolitions in the state as many have been legalised with the provision of land ownership.

Federal territories in the country might have distinct status that is well and good.

However, the existence of large number of illegal temples and shrines gives the impression that the authorities in these areas care a little about the welfare and well-being of non-Muslims and Hindus in particular. 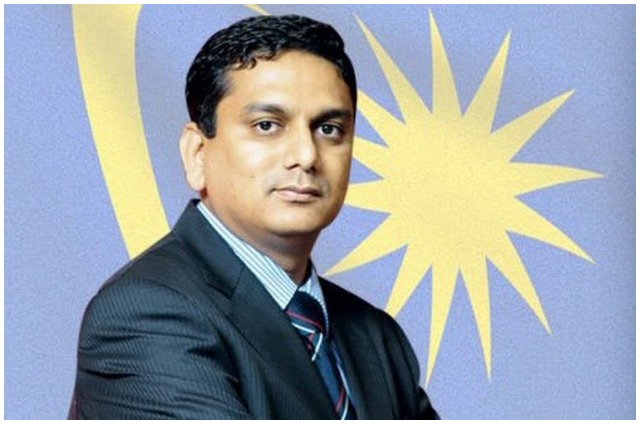 Santhara (pic), as a politician, must not engage in the superficial definition that the temples and shrines are illegal.

Yes, illegal simply because there they do not situated on their own land. Most of the temples or shrines were not built recently, but built many years ago on properties that might have been private lands, especially plantation properties.

Later these lands were acquired by the government, even though the structures were there before the actual acquisition. The question of these places of worship as either illegal or legal does not arise in the first place.

I would think that the land ownership of these temples should have been resolved many years ago.

Why wait for more than 60 years to discover suddenly that the temples are illegal. Is it because such “illegality” presents a powerful opportunity for racists and religious extremists to ask for the demolition of temples?

Or to put the blame on the Indians for humiliating their own gods by building illegal houses of ownership, something that was irresponsibly remarked by the MIC president S. Vigneswaran.

Or how the the Kedah MB Muhammed Sanusi Md Nor justified the destruction of temples, one built in Alor Setar more than one hundred years ago and the other in Kulim about 60 years old. Here we are not talking about recently built temples, but those built years ago, some dating to the time of the arrival of Indians in the country.

I congratulate Santhara for taking the initiative to resolve or settle the problem of temples with out land. But for heavens sake, do not call them as illegal structures just because they don’t have the ownership of the land.

In fact, most of the temples are much older that the formation of the federal territories themselves.

Santhara might have frog leaped from PKR to Bersatu, but if he wants, he can still assist the Indian community.
Comments