It is well and good for Saravanan to have pointed out the laws that can be enforced in the protection of foreign documented workers.

Saravanan of all the persons should know the real problems faced by foreign workers.
The huge gap between the laws and their effective enforcement is something of great concern for some time.

This is something that Saravanan should have addressed in his interview.
His interview took on a very legalistic and formal approach.

Labour laws have been present in the country long before Saravanan took office. Their ineffectiveness is legendary. 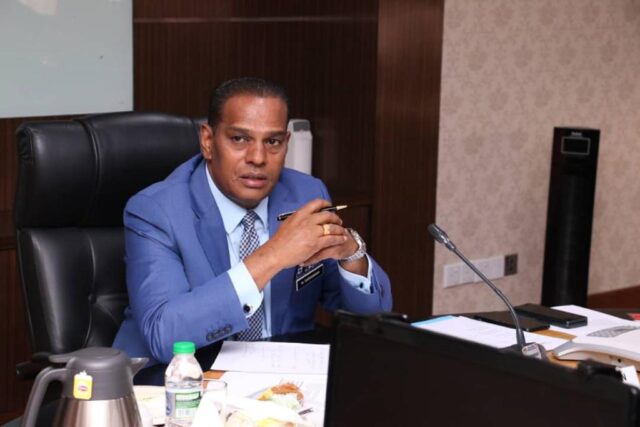 Saravanan might be hardworking minister, but he is also naive when it comes to the extension of protection for not just foreign but local workers well.

Of course, the law is silent when it comes to the latter. This “reserve labour force” that can be drawn upon by unscrupulous employers serves to militate against wage hikes for local workers.

In discussing about extending protection for foreign workers, I mean the documented ones, Saravanan should understand why their situation in the country is deplorable.
It takes the US justice system to punish companies especially those in gloves industry rather than Malaysia.

Apart from the inadequacy of the enforcement of laws, there is a prevailing culture that militates action against employers for abuse of the rights of foreign workers.

For a long time and until today, foreign workers have been used by employers to deflate wage increase among local workers, for stunting the development of unions and most importantly to deny the creation of value in the production process.

Saravanan might or might not realise that the large presence of foreign workers in the country is indirectly responsible for lack of skills in the service and manufacturing sectors.
Empoiyers by relying on cheap and unskilled foreign workers might inadvertently contribute to the stunting of skills development. This might not be the case with local workers.

Both documented and undocumented workers constitute 30 percent of the country’s workforce.

With such large numbers, there are no visible signs from the government or the human resource ministry as how foreign workers will be reduced in the country in the future.
The constant reiteration of protecting foreign workers through the operation of the laws is simplistic and inadequate.

Since local workers are not protected enough, there is nothing much to expect for foreigners.

Saravanan must critically examine the human resource requirements of the country as whole.

Only such broad and meaningful analysis that might shed on the nature of human resource needs, the role of foreign workers and what needs to be done for the future.
In a more specific sense, there is a need to ascertain the relationship between foreign workers and their impact on skill formation in the county.

Approaches towards foreign workers should not be dictated by xenophobia or the instrumental need to exploit them for making huge profits.

Suppressing workers rights for the derivation of maximum profit might be contrary to the idea of value creation by workers in the production process.

Therefore, a consideration of the creative potential of workers and to what extent foreign workers really contribute to the economic well-being of the country might be a more rational and humane approach.