The public might not be fully convinced that the Home Affairs Ministry will be serious enough to investigate the recent deaths of three persons in custody, milk vendor  A.Ganapathy, security guard, S. Sivabalan and the latest being Surendran Shanker.

The first two died in police custody and the last died in prison custody in Simpang Renggam.

Ganapathy and Sivabalan were in their 40s, whereas Surendran was 21 years old.
In all the three cases happened within a month, the families of the deceased suspect foul play and want an immediate investigation.

In the last two decades or so, although the figure given by the Home Affairs ministry is not too accurate, there have more than 200 deaths, majority being police custodial cases and lately there have been prison custodial deaths.

In terms of ethnic breakdown, the majority of the cases could be Malays, although many of the cases might not have gone unreported due to certain reasons.

In terms of their population, Indians have high number of custodial deaths, but those without relatives or next of kin might have gone unreported. 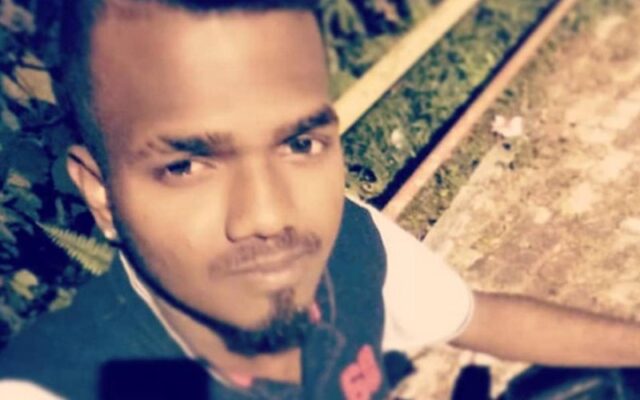 However, given the disproportionate deaths of Indians to their population, there is perception that deaths in custody mainly involve Indians particularly the members of the working class, the disempowered portion of the population.

Moreover, the failure of the police or the prison authorities in not updating the custodial deaths, gives the impression that these deaths are not significant and do not factor in the overall calculation of things.

As I have repeatedly said before, custodial deaths mainly emanating from those in detention, have their source in the prevailing belief that remand detainees are by definition guilty of the crimes that are allegedly involved in.

So, it behoves on the police or the prison authorities as how they could get an early extraction of the information of their crimes.

In extraction of this confession, unprofessional and harsh methods are used.
Such methods result in causing grievous and bodily harm to the detainees resulting in the deaths of some.

Their deaths will be accelerated if the detainees had existing ailments before their confinement.

The use of unprofessional methods in extracting confession or information from the detainees is enhanced by the perception that the authorities especially the police are beyond the law.

It is this sense of impunity and the fact that police personnel have been hardly hauled before the law that allow the personnel to rely on illegal and unprofessional methods in extracting information.

This is why that despite the clamour on the part of human rights organisations for the setting up an independent body to investigate police misconduct has never been taken seriously by the government in power or the police themselves.

The point is simple: without an independent authority to investigate police misconduct and to recommend punishment, there are no ways to hold the police responsible for their misconduct or to stop the deaths in custody.

Asking the government of the day is just as good as asking the Home Ministry or the police to investigate themselves. This will lead nowhere to break the often repeated cycle of custodial deaths?

The families, the relatives and the larger general public want nothing less than an independent commission such as the IPCMC to investigation police misconduct and irresponsible behaviour.

If the government is not serious about an independent investigative body, what faith can the public have on the on the concerned authorities.

The police are meant to protect ordinary citizens, but the continuous deaths in custody, indicates that they will have little faiths in the police.

There is a widespread feeling, especially among those detained, that they might not get justice if they have been labelled as criminals even before a full investigation is conducted and they charged in the court of the law.

Whoever gave the police the powers to combine the multiple roles of prosecutor, the judge and the executioner?

Apart from the immediate factors behind the custodial deaths, the toxic political, cultural and social atmosphere is not conducive to prevent deaths.

Racial and religious discrimination, a particular perception of ethnicity, about Indian involvement in crimes, the prevailing disdain and contempt on the part of certain authorities towards members of the working class and above all a racial and religiously polarised society are factors that might militate against reforming governmental institutions.