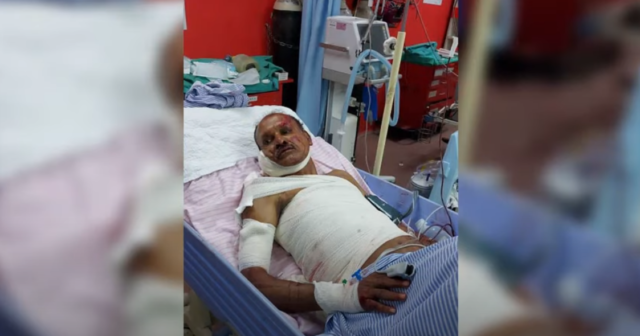 This is to inform that Dato M. Ramachandran, the Executive Director of the Penang Hindu Endowments Board (PHEB) was assaulted by three for four unknown assailants yesterday July 23, 2021, evening around 7 pm at his house.

It seems as soon as he got off from his car, he was pounced upon by the assailants.
Dato Rama who is 70 years old received cuts all over his body, although his condition is not described as serious.

He was admitted to the Emergency Wad of the BM Hospital yesterday after the incident.
I visited him around 10 pm yesterday even managing to have a few words with him.
He was conscious enough to ask me whether he was attacked or not.

I told him he was attacked. Last night he was transferred to Seberang Jaya hospital.

A police report was made yesterday by his wife and son-in-law yesterday after the incident. The police are investigating the possible suspects behind the cowardly attack.

Once he retired, he was appointed MBSP councillor for two terms under the DAP led government.

Following his resignation as a Councillor, Dato Rama, given his experience and knowledge about matters in Penang, was appointed as the Executive Director (ED) of the PHEB. He excelled in his position in strengthening the PHEB as the foremost organisation to serve Indians in the state of Penang.

I assure the Penang Indians that I as the representative of the Penang government would leave no stone unturned in the pursuit and the eventual apprehension of the cowards behind the attack.

Meanwhile we stand strongly behind Dato Rama and his family for his speedy recovery.