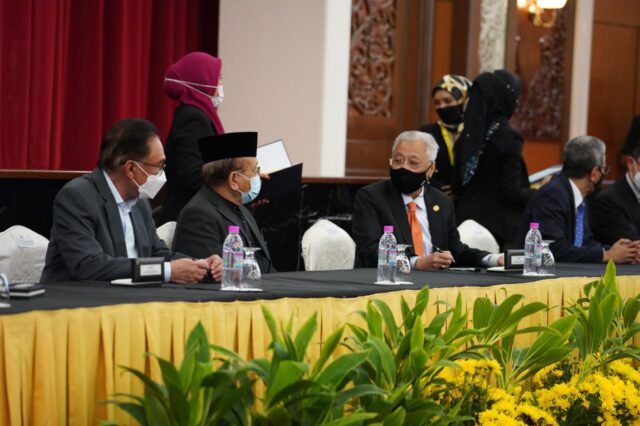 Dilemma of PH: opposing and supporting

The Memorandum on Transformation and Political Stability was signed on September 13, 2021 in Parliament between the government and the opposition, principally PH. It is certainly an historic deal aimed to mitigate the constant bickering between the government and the opposition to ensure time and energy can be spent on fighting the menace of the Covid-19 pandemic and enable the economy that remains subdued.

In Malaysia, in the aftermath of the 1969 racial riots that rocked the country, the formation of the BN that incorporated 14 political parties under its fold was to reduce political tensions.

Although it was not a cooperation between the government and the opposition as such, some oppositional forces were included.

Through this political mechanism, the BN was able to reduce politicking with the inclusion of some of the opposition forces.

In other words, agreements on cooperation between the government or major oppositional political parties and those in the opposition are not something new.
Despite different manifestations, they are aimed at reducing undue political bickering and tensions so that the focus will be on the substance of good governance. 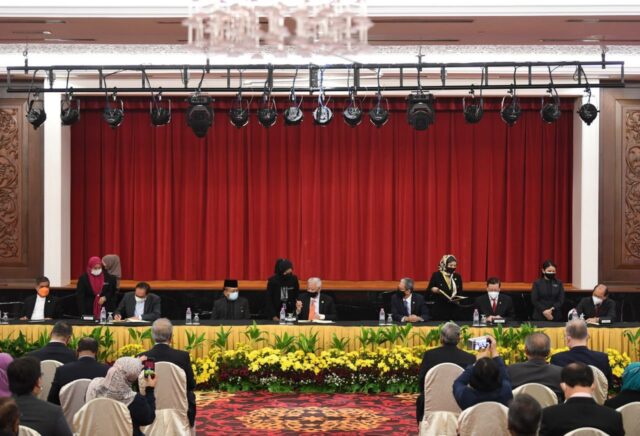 The MoU on the CSA ( Confidence and Supply Agreement) might be timely and very much needed to contain the pandemic and to revitalise the economy.
I have no disagreement on this matter, although the question of trust remains.
The government with a thin majority and the sizeable opposition, after much discussion, have signed the MoU to focus on reforms.

The CSA can be described as a quid pro quo arrangement.

The opposition in return of the promise of reforms in several areas, agreed to give the government a breathing spell in ensuring that critical legislations and the budget would be passed without much difficulty. 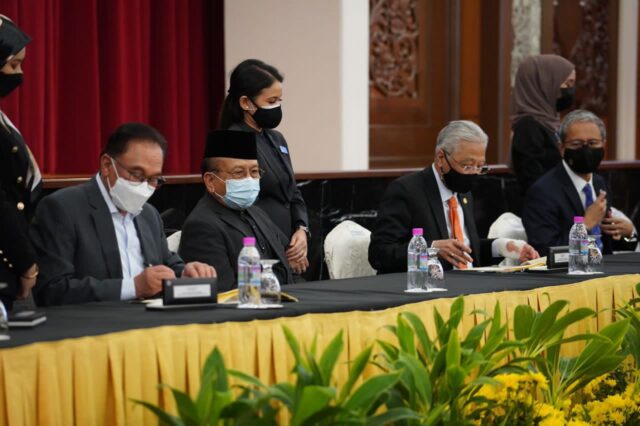 The CSA MoU is supposed to last until the date of the next general election in July 2022.

A steering committee would be set up with the equal participation of both government and opposition nominees to monitor the developments on a fortnightly basis.

Among the highlights of the CSA MoU are: limiting the post of prime minister to two terms, the passage of an anti-hopping law, elevation of the status of the parliamentary opposition leader to the level of a government minister, more balanced composition of parliamentary committees and others.

Matters such as judicial independence and the 1963 Malaysia Agreement was touched but not elaborated.

The CSA MoU might not be detailed but the steering committee, I understand, might need to fill in the gaps as the limited cooperation gets underway.

I am sure given the extraordinary circumstances the nation is in, it is not difficult to rationalise or justify the need for a CSA.

While the former prime minister Muhyiddin Yassin was desperate in need of a CSA, having lost the majority, however this was not the case with Prime Minister Ismail Saberi Yaacob.

Ismail Saberi was not under political duress as was Muhyiddin. Whether the MoU on the CSA will last until the mid-2022 remains to be seen. If the pressure to cooperate to deal with the pandemic and the economy is overwhelming, then there are chances that that limited cooperation on essentials might last.

The MoU is not something that is ironclad, things might go wrong to the detriment of the agreement. It could be mutually terminated.

The problem here is not so much the opposition, but whether the government can deliver the promises.

The question of Umno and PAS pulling the rug under the feet of Ismail remains something real and ever present.

Ismail might be committed, but what about forces within and without.
The opposition, PH, faced many difficulties before inking the agreement.
It might have been a lot more easier for the government to conclude the MoU rather than the opposition.

Even if the agreement fails, the PN coalition has the government, but the opposition might face the wrath of its supporters.

The question of whether the PH will cease to be an opposition remains in the minds of many especially the supporters of the coalition.

I don’t think that the MoU has redefined the role of the opposition.
PH will remain as an opposition except in areas that it supposed to cooperate with the government in the spirit of the MoU.

It is not going to be easy for PH to play its oppositional role in the context of the CSA agreement.

The question is: how to delicately balance its role as an opposition and to work with the government on critical areas.

There is nothing in the CSA MoU to explain or elaborate. Nothing is defined.
But we have to wait and see how PH is going to carve out its role in a newly defined atmosphere.