Nothing about democracy, Umno wants to punish MIC with a pliant Indian party

It has to be established that Umno which seeks to be the sole representative of the Malays in the BN cannot simply accept even the slightest form of dissent from parties like the MIC.

For a long time, MIC remained the only party that sought to reprise the Indians, although Indian-based political parties such as the Malaysian Indian Progressive Front (MIPF), the Malaysian Makkal Sakthi Party (MMSP) or in short sought to provide representation from the outside by supporting the BN. However, due to recent developments with the BN, the MIC’s sole representative of Indians might change.

Umno’s dissatisfaction with MIC over its close rapport with the former prime minister Muhyiddin Yassin, its president S.A Vigneswaran’s questioning of UMNO over the Registrar of Society’s matter of not holding its Annual General Meeting beyond the stipulated date and the questioning of Umno president Zahid Hamidi role as the BN chairman has sowed the seeds of distrust among them. 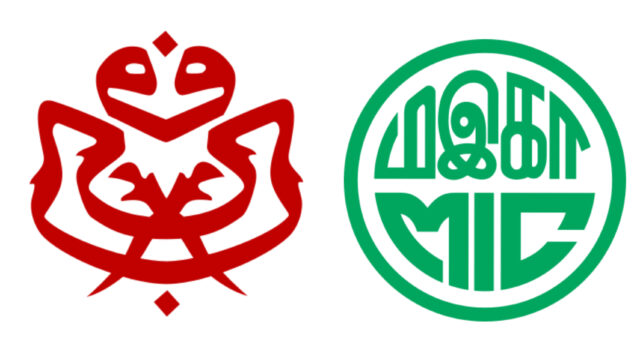 These are the reasons why Umno members are beginning to question whether the MIC should be the only party in the BN representing Indians and whether BN should consider the other Indian parties who have been loyal to BN and Umno.

It was Zahid who first raised the matter of Umno or BN establishing ties with other Indian political parties such as the Makkal Sakthi. He went further by stating that it’s leaders might be allowed to contest in the next general election.

Umno supreme council member Fuad Zarkashi is the latest to enter into the debate whether Umno should maintain its ties only with the MIC or move beyond to incorporate the allegiance of other Indian parties like the Makkal Sakthi.

His argument is simple: since the MIC adheres to democracy, there is nothing for the party to allow other Indian parties to come into the fold of the BN coalition.
It is not Zahid or Puad who are thinking of some kind of punitive action against the MIC for its “betrayal”of UMNO. There are others in Umno who are thinking of taking some kind of punitive action against MIC or even for that matter MCA for its close association with Bersatu.

The possible move against the MIC has nothing to do with the promotion of democracy in the BN coalition. Far from it.

Umno is simply itching to take revenge on the MIC for its disloyalty. There is an unwritten rule that was long adhered in the BN about Umno’s supremacy as the sole representative of the Malays.

No political party in the BN must break this rule because questioning Umno might tantamount to betrayal of the worst kind, seldom tolerated.

Since the heyday of Umno is no more, it does not command the grudging respect it had once. But still the party is the dominant party within BN that set the terms of engagement with the other parties.

For long, the admission into BN is based on the consensus that if one party or member objects, a new party seeking admission might not be allowed. It was this consensus that disallowed competition and rivalry from other political parties for a few decades.

Now it is Umno that is challenging the established practice of consensus by saying that democracy means allowing parties outside the coalition moving in to strengthen the coalition.

This is clearly aimed at punishing the MIC for not being loyal to Umno.
Umno within the BN has other important considerations, that are not spelled out, but nonetheless important.

It wants to punish the MIC by going for pliant party like Makkal Sakthi. A party that is devoid of Indianess, no links with the grassroots and shamelessly behold to the racists Umno leaders.