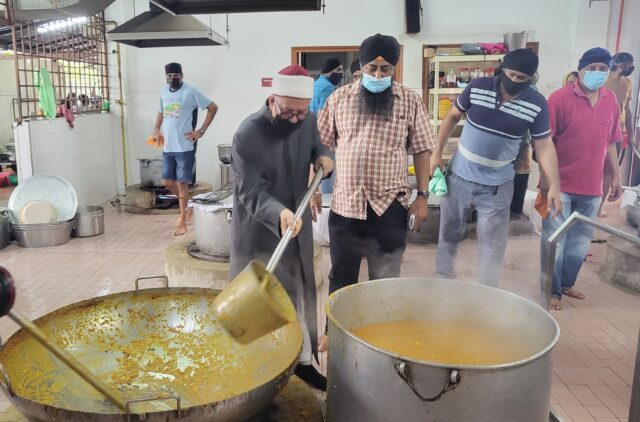 This no where true as in the case of the ravaging floods that struck places in Selangor, Kuala Lumpur and other parts of the country a few days back. Floods cannot be simply described as seasonal so that minimum preparations are made to mitigate the worst effects.

The recent floods in Selangor, Kuala Lumpur and in other parts of the country might have come during a certain period but what is now and going to be future is the volume and ferocity of floods.

The tendency to blame on climate change seems to be an easy way to shift the responsibility to nature.

Climate change resulting in rising global temperature and water levels are there.
But they are not the sole reasons.

In the case of Malaysia, particularly in the population dense areas, it is the pursuit of unmitigated development, clearing of natural forests, poor or clogged drainage and others that complicate matters.

In the recent excessive flood leading to the loss of some lives in parts of Selangor might have to do with poor drainage, clogged drains and poor urban planning.
All these and others contributed in causing massive floods, loss of lives, loss of property and others.

There have been ample warnings from many in the past that poor drainage might pose problems during times of heavy rain and high tide.

These warning were not heeded, but when local a politician in Selangor criticised the authorities mainly those in the drainage division, he was reprimanded for not respecting the authorities.

Some local PAS leaders even lodged police reports on him. The real heroes of Malaysia who made the difference during the floods were ordinary Malaysians who braved the ferocious waters to assist the flood victims.

Using boats they brought food and clothing to the affected people.

Indians, Chinese and Malays worked together in a Malaysian way tirelessly to assist the victims.

Without the help rendered by the ordinary people, volunteers, the loss would have been unmitigated.

The government at the different levels failed miserably. Politicians were blaming each other.

It is clear now that in times of natural disasters, Malaysians have to rely on other Malaysians, irrespective of race and religion.

In the floods, Indians, Chinese and Malays depended on each other to save the victims.
Individuals and groups of all ethnicity helped each other. They brought a sense of unity among the races, something that politicians have failed for decades.

Ordinary Malaysians spontaneously cast aside their ethnic and religious differences to pool their resources to assist the victims.

In the end, it was humanity that prevailed.

Ordinary human beings mitigated the horrific effects of the floods.
Their actions shamed the government and politicians.