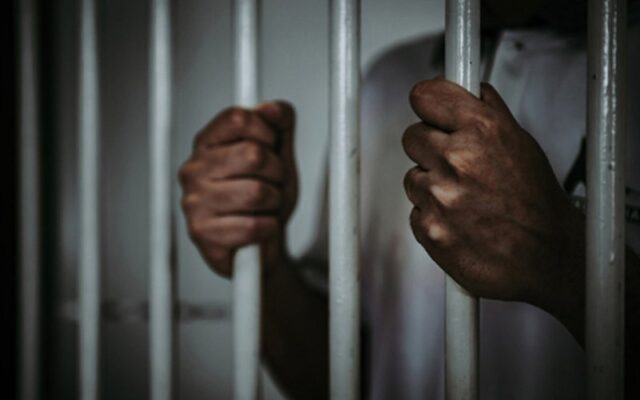 Is it a surprise that custodial deaths have accelerated in the country?

In the last seven years, there have been nearly 80 deaths in custody, whether under custody or in lockup.

Last year alone, there have been 44 deaths in custody. The number shows no signs of abating.

Basically, there are two principal interrelated reasons: the impunity enjoyed by the police and the absence of political will.

The perception that police can do no wrong seems prevalent. Even if the police personnel are charged, there is a belief that might get away scot free.

In other words, there is perception that the police enjoy immunity from prosecution.

Related to this is the commonly held belief that those arrested and detained are criminals.

The notion that those arrested are innocent until proven guilty in the court of the law seems quite alien to the police force.

Deaths in custody are related to the way crude and cruel methods are used in the extraction of confessions from the detainees.

There is tendency even if the detainees are not guilty, they are forced under extreme circumstances to “confess” their crimes.

There is no such thing as sudden deaths in custody, the deaths are caused by the manner in which information is extracted.

There is no such thing as human rights for those detained. For those detainees who are already suffering from medical problems, beatings sustained are enough to cause sudden deaths.

Is it a wonder that those who were brought to hospitals have been reported to have died “sudden deaths”.

Deaths in custody gained notoriety over the years. It tragically reflects on the police force’s professionalism. Generally, the police personnel are better educated now than before.

However, better education and training have not resulted in improving the professionalism of the police. Deaths in custody seem to be curse on the poor and the unfortunate.

Either they or their families have connections or they have the means to wiggle their way out. It is not that those in the middle and upper middle classes don’t commit crimes, but such crimes might be well camouflaged to be detected.

The police personnel, not all of them, think that they can get away with impunity by punishing the poor and the unfortunate because they are dispossessed of power and influence.

The class dimension is an important aspect of why only the poor and the unfortunate die in custody.

It is not they do not commit crimes, but perhaps there must be a sociological angle to explain why they engage in crimes.

Of course, even if the police force are generally educated, law and order must precede any sociological inquiry.

The enforcement of law and order must be subjected to rules and regulations.

There is hardly any room apart from the application of a minimum force in the arrest and detention of those who suspected of having committed crimes.

The law does not allow the police to take the law into their own hands such using force in the extraction of information.

There are no two ways about deaths in custody. In most instances, deaths occur due to the exercise or the use of inordinate force on the detainees.

The question is: why are the police getting away from being punished for the deaths of detainees in custody. Can they take the law into their own hands to act as judge and prosecutor?

Why are the police not accountable in this country where there are clear separation of powers.

Do we have a police state? Why are they not being punished for crimes against the detainees?

Why is there little transparency when it comes to deaths in custody? What about other layers of powers?

Why is the Attorney General (AG) being rather silent on matters of deaths  in custody?

Why is he not investigating and prosecuting those police officers guilty of crimes?

Is the police force untouchable?

The police can get away with impunity because there is no political will in the part of the government to take them to task.

We have a lame duck Prime Minister Ismail Saberi Yaacob who is simply inept in governing the country. He is naively and unimaginatively wrapped up in the entrapment of the family concept.

It is the most inappropriate concept to be coined given the divisive nature of the Malaysian society. He pretends as though there nothing wrong with the country.

In the past as well as the present, personnel of the law enforcement agencies seem to be getting away from prosecuted.

If Azam Baki, the chief commissioner of MACC can get away from investigated for allegations of corruption, then what kind of government we have in the country.

There is clearly a crises of legitimacy in the country. The government is seen as protecting those in the law enforcement agencies, whatever the reason.

Sometimes  I wonder whether the country is being administered by at all by Ismail and his ministers.

Sad to say, Ismail has neither the political will nor the temperament to right the numerous wrongs in the country.           The police are emboldened by the fact that they accountable to no one.

How can you stop the rot if the source of this emanates from those in the upper echelons of position and power.