Single mother Loh Siew Hong met her children in the welfare home on Saturday 19 February 2022. It was an emotional meeting, something to be expected given the separation of the children and their mother.

The children are generally warming up and getting close to her particularly her son who is 10 years old. Tomorrow, the welfare department will take the children to Kuala Lumpur to be present at the Loh’s application for habeas corpus.

She already has court order giving sole custody of her three children in March 2021. Some quarters are questioning why the mother was separated from the kids for some time. As though she was responsible for the conversion of the children.

Loh has explained clearly in an interview how her children were abducted from her while she was recuperating from the injuries inflicted by her drug addict husband, Nagahswaran Muniandy.

Nagahswaran is no saint, he inflicted such a cruelty on Loh that she sustained serious body injuries. It serves no purpose to project an artificial image that children were separated and converted as though it was the mother’s fault.

Things might not have reached the present stage if the husband had reconciled his differences with his wife.  He was adamant of taking away the children to convert them so that Loh would not have any access to them at all.

A typical dog in the manger story.

Nagahswaran was not in position to take care of the children, but was not prepared to leave them to the wife. The reason for the conversion to Islam had nothing to with the love for the children or the new religion, but a sinister motive to deprive Loh of the love of the children.

No religion would encourage the separation of underaged children from the natural mother. It took extreme cruelty on Nagahswaran to inflict such a punishment on Loh.

As she remarked in the interview, it was the love of the children the reason she did not not escape from the “monster” husband. Unfortunately, the effect of the drug never allowed Nagahswaran to think and act in normal way.

He was so suspicious of his wife having an affair, he stopped working to monitor his wife.

How can Loh attend to the needs of the young children when she was hospitalised after being beaten up severely by Nagahswaran?

She had to recover from the wounds in a welfare home.  It was only after recovery that she started looking for her three children.

It took courage to divorce her husband and obtain a court order that gave her the sole custody of her three children.

She is not a unkind or cruel mother as made out to be by some quarters to justify conversion. It was Nagahswaran who was mainly responsible for the children’s conversion.

They knew but decided to go ahead with the conversions thinking that the mother might not show up. They must have believed the lies and untruths of Nagahswaran about his wife, the mother of the children.

Rather than admitting that they erred on the side of the law, they are defending the conversion based on an outdated religious enactment in Perlis, the children’s interest in Islam, the consent of Nagahswaran and not the least the argument that Loh was not good mother to the children.

To deflect criticisms of the conversion, the matter has been turned into as though some extremist non-Muslims are questioning Islam and others. The conversions of Loh’s three children is nothing to do with race or religion.

It is all about whether the religious authorities in Perlis can convert the children based on the consent of the father alone. 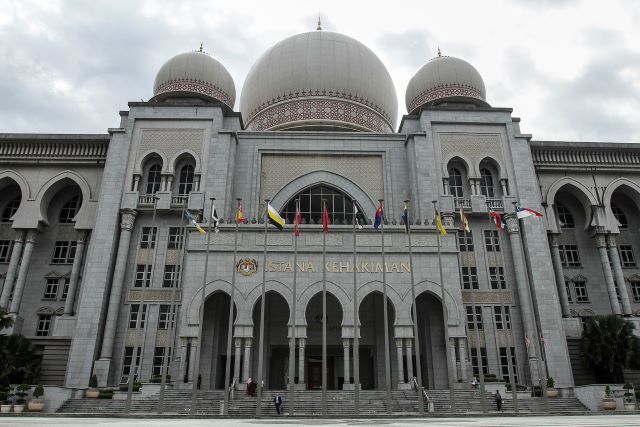 Such a conversion is a clear contravention of the landmark federal court decision in 2018 that categorically stated the conversion of minors requires the consent of both the parents.

This decision was in line with the Constitution of the country.
Perlis and other states might have enactments that came in before 2018, but they are unconstitutional. They need to be struck out.

The habeas corpus application that will be heard in Kuala Lumour high court might reaffirm the court order currently held by Loh. Loh wants to be reunited with the children.

No force in the world would be able to prevent the children from seeking the mother’s love and care.