Assault on judiciary: price to be paid for colossal corruption and financial misdeeds

There cannot be opposing arguments in the criminal probe by the MACC against the Court of Appeal judge Nazlan Mohd Ghazali. In other words, there is no law that states that a sitting judge cannot be probed for allegations of graft by the MACC or any other law enforcement bodies.

The idea that the sanctity of the judiciary will be impaired by such a probe is no argument at all. Rectifying the law to ensure a sharper focus on the investigation of judges might be welcome. But saying that in the larger interest of separation of powers that judges can only be investigated by special body other than the mundane law enforcement agencies goes against the spirit of the law enforcement in the country. 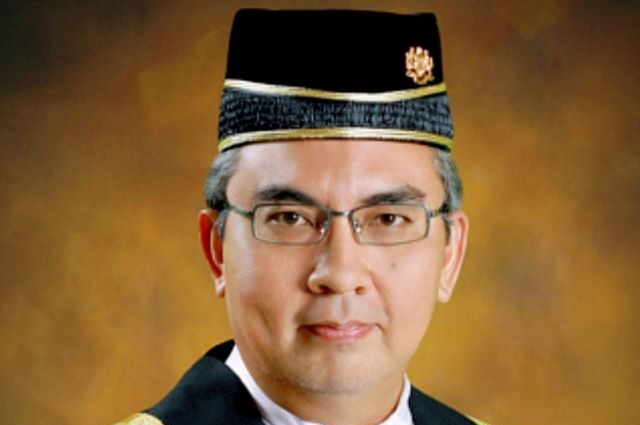 Judges are endowed with high status and respect by virtue of their expected role. Beyond this, judges are just ordinary persons who are subject to the laws of the land.

The argument that MACC cannot probe a sitting judge is more a reaction to the shady forces behind the attempts to tarnish the reputation of Nazlan (pic) who had proved to be competent and fair judge.

In order to maintain the integrity and reputation of the judiciary in general and Nazlan in particular they must be subject to public scrutiny.

It is only with public scrutiny in the forms of investigation and others, that judiciary can be cleared from doubts and mis-perceptions.

There cannot be arguments that call for special inquiry without going the due process of law. It is not that I am uncertain about the character and reputation of Nazlan.

He has an impeccable judicial record.

It just unfortunate that spanners are being thrown in the works to free Najib from going to jail. Even if the allegations against Nazlan are considered frivolous or vexatious, they must be investigated.

The MACC has the right to investigate although it has shown more interest in this case than others. It cannot even investigate and clear its chief commissioner Azam Baki for dabbling in the share market.

It is requirement of the high office of a judge that these allegations be investigated.

I am sure Nazlan will agree with me.

It is not a question of shielding Nazlan as there is no need to do so, however, petty and politically motivated the allegations are. The arguments for and against the MACC’s investigation of Nazlan misses the point of the source of these allegations.

Who are behind, what is the nefarious role of the fugitive hiding in UK and what his relationship with the former prime minister Najib Tun Razak’s camp.

How much was “exchanged” for the mercenary fugitive to cast aspersions on a sitting judge?

What is strange is that the surreptitious attempt by one man to free himself from going to jail has thrown the entire judiciary into a chaos.

I am sure Nazlan will be cleared of any wrong doings but the torment that the entire judiciary and the country have to go through is unbelievable.

This is the price we have to pay for corruption and financial misdeeds involving those in power and positions.