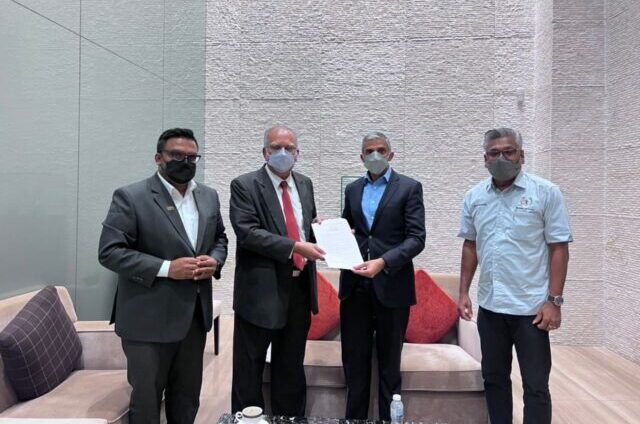 Gotabaya Rajapakse belongs to powerful political family in Sri Lanka. His elder brother Mahinda was the former president of the country. 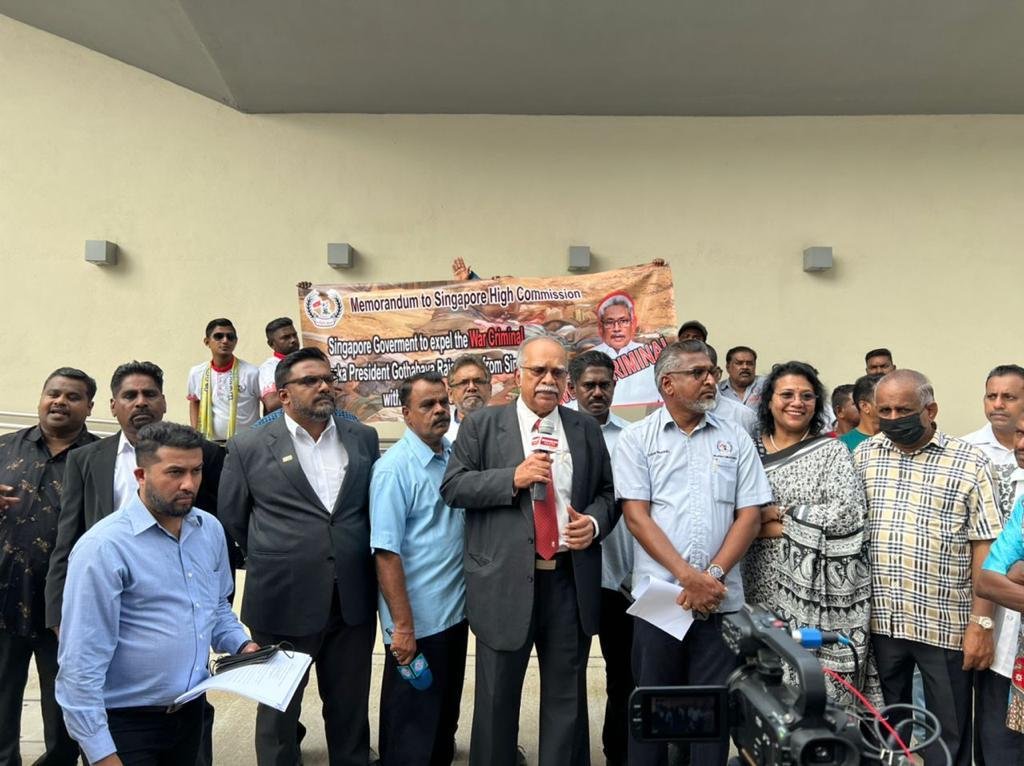 The prosecution of the civil war against the Liberation Tigers of Tamil Eelam (LTTE) was most brutal under President Mahinda.
Gotabaya prosecuted the war against the LTTE in particular and against the Tamils in general as though there was no tomorrow for Tamils.

In preparation for the final assault against the LTTE in the north and east, the armed forces under the command of Gotabaya did the unthinkable. 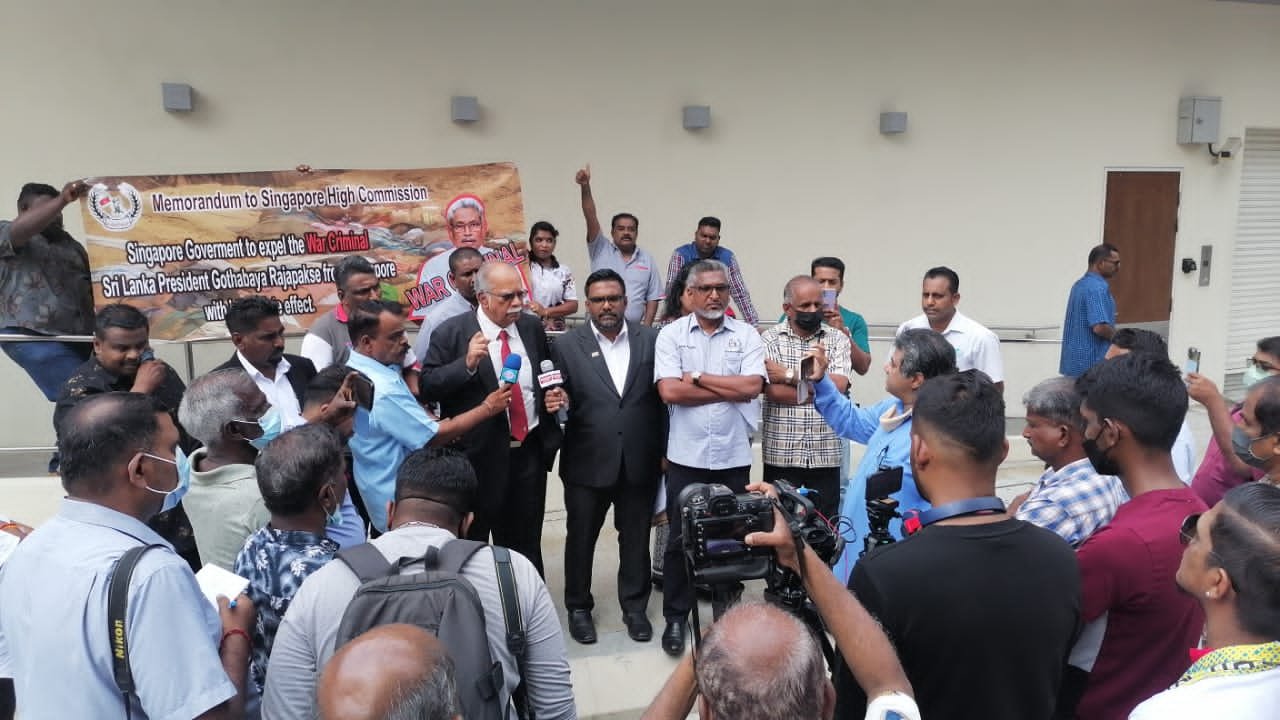 Selected political leaders and their families were assassinated.
Independent journalists were targeted for killing. The armed forces primarily the army was let loose in the predominant Tamil areas. The killings of innocent Tamils was equated with the assassination of the LTTE cadres and personnel.

The bulk of the attacks against Tamil civilians occurred in the middle of the month of May 2009. Aerial bombings and artillery fire were responsible for the killing and maiming of thousands of civilians in the north and east. 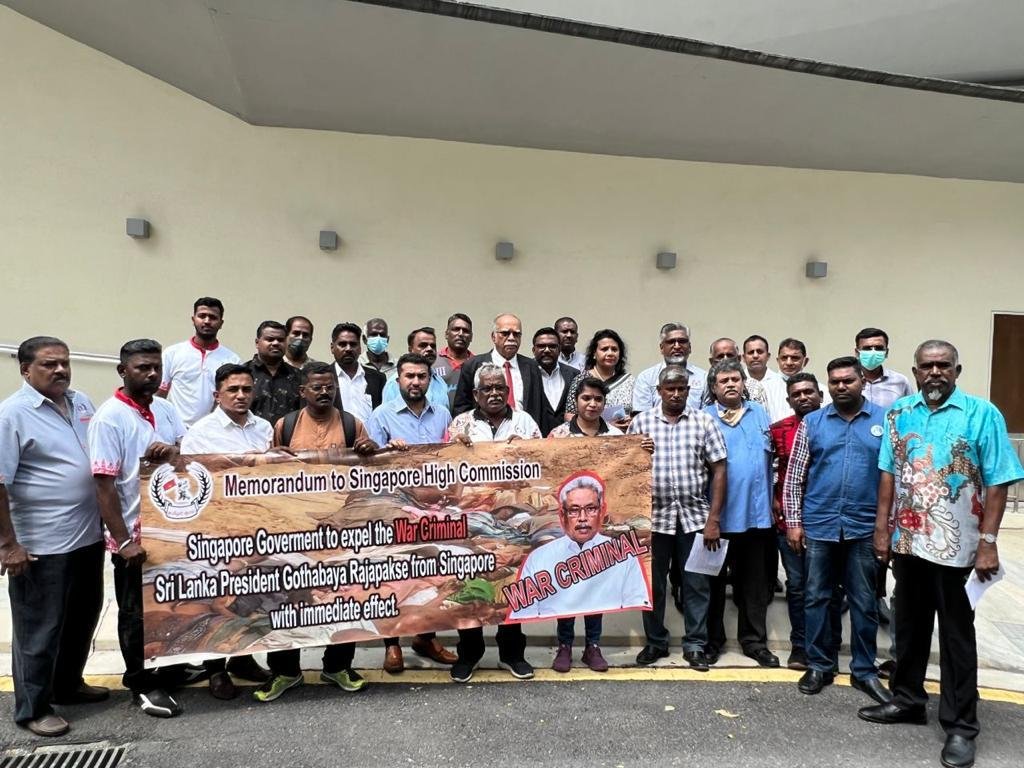 It is estimated that more than 100,000 Tamil civilians were killed in the indiscriminate bombings and shelling. This is not to speak of those injured and women raped and sexually assaulted by the ground forces. The massacre or killings of the innocent Tamils has been described as the Mulaivaikal Genocide.

Those LTTE cadres who raised the white flag to surrender were summarily executed. Gotabaya in command gave direct orders to his field commanders not to take any prisoners. It was during this cruelest and inhuman period that the leader of the LTTE’s son, 10-year old Balanchandran was shot dead.

Despite the horrors committed by the armed forces under the direct command of Gotabaya, the international community watched by to see the horror unfold in Sri Lanka especially in the Tamil areas.

The civil war ended as result of the extreme brutality of the armed under the direct command of Gotabaya and president his brother Mahinda. Never in the history of the country that Tamils indigenous to island suffered so much just for asking for their rights.

The end of the civil war as the beginning of another nightmare for the Tamils. More than 300,000 displaced Tamils were kept in squalid camps before their placement elsewhere.

In the camps, detention and killings of suspected LTTE cadres were common. Rape was the weapon used by the armed forces and thugs to elicit confessions from the Tamils.

The war was used by the army for the militarisation of the civilian spaces.

Places like Jafna came to be occupied by the armed forces providing little or no space for civilian movement.

Traditional fishing and agricultural activities engaged by Tamils were restricted by the presence of the armed forces in the name of security.

The economy of the Tamils were shrunk as result of the civil war and the defeat of the Tamil national liberation movement. The international committee not only watched by, there was nothing concrete done to seriously address the calamity that befell on the Tamils.

Despite the horrendous sufferings of the Tamils, there was nothing really done to hold the government and its leaders responsible for the gross human rights violations.

Meetings after meetings at international levels did not produce anything concrete to hold the government responsible and accountable for the war crimes.

The Sri Lankan government fresh from victory refused to subject itself for international investigation.

There was nothing that the international community such as the UN or its associate agencies could do to force compliance on the government. It took only 12 years after the end of civil war for the collapse of the Rajapakse family.

Massive demonstrations as result of food shortage, galloping inflation, currency devaluation, fuel shortage and others brought the regime crashing down. Mahinda was forced to flee to an unknown destination perhaps in the east.

Gotabaya simply could not hold on to power under the deteriorating political, social and economic situation.

Finally, he made the decision to flee the country, first to the Maldives and then to Singapore.

The Republic of Singapore is great experiment in multi-racialism.
It carefully avoided the dangers inherent in succumbing to popular politics.

The former prime minister and minister mentor Lee Kuan Yew must be credited for making what Singapore is today. Lee often spoke about the dangers of Sri Lanka taking the path of appeasing one ethnic and religious community. He advised leaders in the region to avoid the path travelled by Sri Lanka.
How right he was!

Gotabaya has no place in Singapore even for a short duration.
He is a terrible blot on what is considered decent. The criminal who had no sympathy or compassion for thousands of innocent Tamils killed and women raped should not have a place in a decent society like Singapore.

We urge the Singapore government to take the decision to expel him from the country without delay.

Every second he stays in Singapore is an affront to human dignity and respectability.