Can PH cooperate with BN?
Whether there is a possibility of DAP or PH having a working relationship with Umno cannot be established on the basis of certain specious public utterances in the recent past.
At an official level there is no such thing as the DAP wanting to embrace Umno or vice-versa as there is too much history of bad blood.

In fact, the politics of the DAP to create a just and united Malaysian society is premised on the notion of defiance and opposition to Umno’s brand of politics that is exclusively concerned with race to the detriment of others.
No right thinking progressive political party would want to condone the nefarious racism of Umno by forming an alliance.
Even if this alliance is merely thought in terms of an electoral alliance albeit a temporary one.
DAP and PH in general paid a heavy political price by bringing in the former prime minister Mahathir Mohammed to become the prime minister under the short-lived PH government.

PH as a whole lost support due to this marriage of convenience with Mahathir. Politics in PH might not be the same after this parasitic relationship. The after effects have cost the coalition in terms of political support. Something that might not be regained easily.
Some DAP leaders might have explored the idea of electoral pact with political parties outside the framework of PH.
Such a thinking does not mean that the party is giving up its principles for short term electoral gains.
Thinking out of the box that makes the field of political exciting and challenging is necessary at times to rejuvenate the dynamism in political thinking. 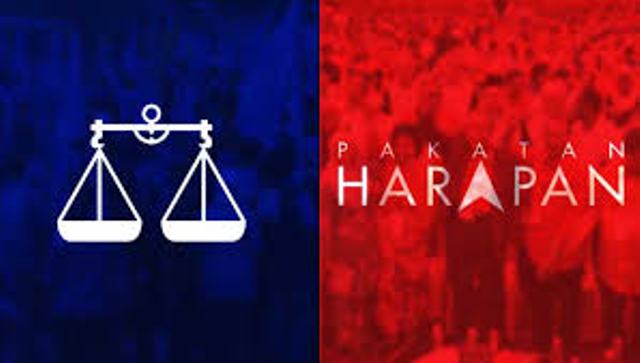 It is not possible to rule out any forms of political cooperation between the parties in PH and those outside.
It is not necessary for me to repeat the cliche that politics is the art of possible.
However, one thing must upheld at all times, PH must stick to its principles of creating a united, just and integrated Malaysia where there will be level playing field for all citizens immaterial of their racial or religious origins.
Cooperation or even electoral pact with those outside the PH must be approached on the basis of this principled understanding. Without a definable base, cooperation might be just interpreted as something for short-term gains and nothing more.

It must on the basis of this paradigmatic basis that relationship with other political parties can be fomented. There is no point having an electoral pact with race-driven parties if the ultimate objective of the PH coalition cannot be met.
Electoral pacts should not be predicated on the basis of earning a quick electoral victory. DAP or other PH political parties need to think and act in furthering the coalition’s short and long agenda and certainly not unwittingly assist the diabolic racist and religious agenda.
The mistake made by bringing in Bersatu headed by Mahathir was an extremely costly error made by the PH coalition in the history of the country. It hardly took 22 months for PH to be brought down by the treachery of its one-time friends.
Mahathir’s central role in betrayal cannot be overlooked. The mere floating of the idea or even the remote possibility of working with Umno cannot be interpreted to say that the DAP is about to betray its long standing principles.
The DAP has not betrayed but it was betrayed by those who are presently walking the corridors of power. There are endless possibilities for political parties to combine and interact without losing sight of the future well-being of the country.
As it is, I don’t see any political vision emanating from the present government or the supposedly the BN government in waiting.
Fortunately, the multi-billion ringgit scandal associated with the littoral combat ship might not endear Umno or the BN to the rakyat.
If only PH can get its act together to slam Umno on this matter.
Political parties on both sides of the divide can think of endless possibilities of cooperation in the larger interest of the country.
There is nothing wrong with this.
But for parties in PH, DAP or PKR, the idea of cooperation or even an electoral pact must be broached from a principled angle.

“Dissolution of Parliament or ignominy of despair” – Ramasamy