PAS is anathema to non-Muslims
In the recent PAS muktamar in Kedah, it’s president and supremo Abdul Hadi Awang raised the question as to why its non-Muslim wing (DHPP) cannot get the support of the Chinese voters in the country.

I am not sure whether the question posed by Hadi was mere a rhetorical one, in other words, he knew the answers. However, if Hadi does not understand why Indian DAP candidates get voted by the Chinese voters, then maybe I need to educate Hadi, if he permits me.

Members of the DAP are predominantly Chinese, Indians and others constitute about 20 percent. However, DAP unlike PAS is not an exclusive religious or ethnic party. The party from the time of it’s formation until this very day is a political party that prides in calling itself as multi-ethnic and multi-religious with a socialist bent.

While the party speaks on behalf of all classes of Malaysian, special emphasis are paid to the idea of democratic socialism.

The promotion of equality and justice through the parliamentary process of reforms and institution building. Unlike PAS that does not make any distinction between the poor and the rich, the DAP is concerned about the widening gaps between these two socio-economic categories.

PAS is an exclusive Islamic party that does not have place for non-Muslims. Given the close identification of Islam with the Malays, PAS’s political agenda straddles between these two under varying opportunistic circumstances.

Yes, PAS has a non-Muslim wing, so what.

How can the party has a non-Muslim wing when non-Muslims are not accorded voting or decision making rights in the organisation.

The party allowed the formation of the non-Muslim wing for opportunistic or propaganda reasons.

To show to the public that PAS is not blind to the large presence of non-Muslims in the country. 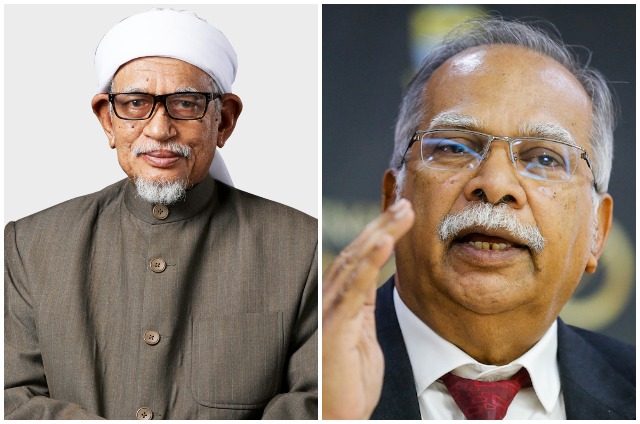 But beyond this, the non-Muslim wing in the party is a plain affront to the dignity and pride of non-Muslims in the country. PAS’ exclusionary politics is devoid of the concerns of the well-being of the non-Muslims.

How can the party expect its non-Muslim candidates if at all they are nominated in the first place expect to be supported by the Chinese or Indians.

I am not sure whether Muslim PAS supporters will support their non-Muslim candidates in the first place.

How do you expect non-Muslims in general to have sympathy towards PAS when they are incessantly attacked, their religion and culture are constantly ridiculed.

Except for a brief period of political cooperation between PAS and DAP in Pakatan Rakyat, there is no love lost between the both. In fact, PAS’ political survival is predicated on the need to demonise the DAP as the party that is the source of all evils.

The latest attack by Hadi that non-Muslims are the source of corruption represents another instance of PAS continuing attack against the non-Muslims in the country.

Really, is it a surprise to Hadi that non-Muslims despise PAS for what the party leaders have done to the non-Muslims. But yet he had the question as to why the Chinese cannot elect members of the PAS’ non-Muslim wing to the parliament.

If Hadi is that ignorant maybe he should spend some time to find out what is the relationship between Indians and the DAP. Why the DAP attracts more Indian support than even the MIC ostensibly the mother party of Indians.

Even PKR has a huge support base amongst Indians. The answer is simple and straightforward: that these political parties, DAP and PKR, by promoting multi-racial politics based on equality and judiciary have earned the respect of their respect and trust. Ethnicity or religion of PH candidates is not a consideration, voters  sympathetic to the coalition will be colour blind in casting their votes.

How can PAS expect its non-Muslim wing members to be respected by the Chinese and Indians when they hardly have any respect in the party itself.

As they say, charity begins at home.

PAS should respect the non-Muslim wing first by acknowledging that they are full-fledged members with voting and decision-making rights as the Muslims.

Only after placing the non-Muslims on the same footing as the Muslims, Hadi can think seriously about the getting the support of those who are sympathetic to the DAP or even PKR.

As it is, PAS represents a political organisation that is an anathema to the interests and well-being of the non-Muslims.

It is an egregious example of what right thinking and rational minded Malaysians should avoid.