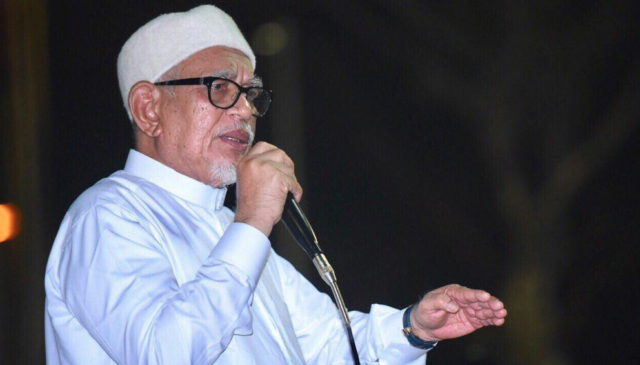 PAS supremo and president Abdul Hadi Awang in a series of tweets recently blamed the DAP as supportive of communism, attending events sympathetic to the communist ideology, supporters of the Malaysian Communist Party and others.

He blamed the DAP supporters for going to the extent of bringing back the ashes of the former leader of the MCP, Chin Peng, after he was cremated in Thailand.

The whole idea of affixing the label of communism to the DAP was to associate the party with terrorism, anarchism and disorder. Hadi was at pains to tell the public that the DAP by its association with communism did not belief in God or religion. An atheistic thinking on the part of the DAP was dangerous to the country and its Constitution.

While Hadi condemned the DAP he conveniently forgot that PAS was an associate of the DAP in the political coalition of PR some years back.Both the parties worked together with the other partner, PKR in the coalition of PR.

It was through this coalition that five states fell to the opposition in the 2008 general election. The relationship between the DAP and PAS did not last long.

Hadi’s erratic behaviour, his bigotry and racism were the main reasons why PAS had to part ways with the DAP and PKR. The exit of PAS from PR paved the way for the party under the leadership of Hadi to adopt extreme and intolerable attitude towards the non-Malays in general and the DAP in particular.

Hadi either he is suffering from amnesia or deliberately engages in selective thinking should not forget that he and his party were associated with the “communist” DAP some time back.

I don’t think that the DAP has suddenly became “communist” overnight to fit the convenience of Hadi. Thus PAS by associating with the DAP in the coalition of PR, was indeed associated with the “communist” party. Therefore by association, PAS can be termed “communist” as well.

How come Hadi failed to raise the issue of communism when he was good buddy of the leaders in the DAP. So when PAS had friendship with DAP, communism was a non-issue.

After both the parties fell apart, Hadi has basically gone on a rampage against the DAP by calling it communist, anti-religion and others.

While Hadi can go around condemning the DAP as communist, he owes an explanation to the public as to why the party associated with the “communist” DAP in the now defunct coalition of PR.

Does this mean that “communist” ideas of the DAP were acceptable to PAS when they were together in the coalition.

How come suddenly the DAP has become “communist”?

I am not sure about other PAS leaders, but no one is more hypocritical than Hadi.

Hadi is a big time liar, extremist, racist and a bigot. When things suit him, he would not hesitate to condemn others, individuals and political parties.

He is perfect example of politician using religion for the furtherance of his political ambitions. It is strange that Hadi having slept with the “communists” in the DAP is condemning the party of social democrats.

I wonder whether Hadi can really differentiate between communists, social democrats and anarchists?