Tan Sri Abdul Aziz Mohd Yusof and Datuk Wan Ahmad Wan Omar said the Pandan member of Parliament was given a week to repeat the statement, which he made in the Dewan Rakyat on July 16, outside the Parliament if he was man enough.

Abdul Aziz said Rafizi cannot use his parliamentary immunity to make baseless allegations without giving the accused the chance to defend themselves.

“It’s saddening because (in Dewan Rakyat) our names were mentioned and we didn’t get the chance to defend ourselves. When the Speaker asked him to repeat the remark outside parliament, he did so without mentioning my name, Datuk Wan Ahmad’s and even our positions. He just mentioned EC leadership.

“There’s a big difference there. He dared to mention our names in the Dewan Rakyat, but didn’t dare to do so without his parliamentary immunity,” he told a press conference here today.

Abdul Aziz said their next course of action would be decided upon discussion with their lawyers after Rafizi repeated the remark outside parliament.

However, both of us have already refuted the allegation soon after it was spread, he said.

“So, if Rafizi is man enough and truly a responsible person, I hope he will repeat the allegation outside parliament, after which we will discuss with our lawyers to decide on the next course of action,” he said.

In his debate at the Dewan Rakyat sitting on July 16, Rafizi mentioned the names of Abdul Aziz and Wan Ahmad as the individuals having close ties with the contractor awarded with the contract to supply the indelible ink for the 13th general election.

Meanwhile, Wan Ahmad said the irresponsible remark was really a serious allegation as it caused their reputation and credibility as EC chairman and deputy chairman to be ridiculed, and EC’s image, tarnished.

“Our request is simple, if Rafizi is a responsible elected representative and has all the evidence as he claimed, then the most gentlemanly way is to repeat his remark outside parliament exactly how he said it in the Dewan Rakyat and stop flip-flopping.

“Don’t change any words because what they were all recorded in the hansard…this is the challenge he has to face as a new member of Parliament,” he said.

In another development, the EC targetted that the voters turnout for the Kuala Besut state by-election today to be between 75 and 80 when all polling centres were closed at 5 pm.

The official result is expected to be known at around 10 pm.

“Give space for Rafizi to think over decision” – Anwar 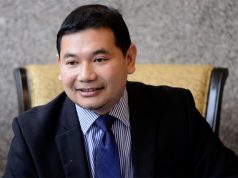 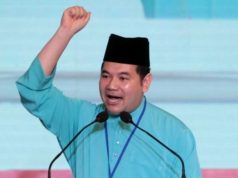