Petaling Jaya, Dec 27 – The Malaysian Trades Union Congress (MTUC) today proposed a RM300 per month cost of living allowance (COLA) for all the 10 million private sector workers in view of the escalating cost of living.

Its President, Khalid Atan, told bernama that it was essential for the government to introduce the regulation on COLA because almost five million private sector workers were now earning just about RM30 above the poverty line of RM870 per month.

At present the minimum wage for workers in peninsular Malaysia is RM900 and for those in Sabah and Sarawak it is RM800.

Khalid said MTUC was working out strategies to help ease the workers’ burden.

In the interim period, he suggested that companies should assist by providing subsidised food and lodging for their workers.

In turn, he said the workers would help the companies to increase productivity thus making it a win win situation.

Khalid said the congress was concerned about the immediate impact of the increased transportation, food and schooling cost particularly on workers in the lower income group.

He assured that MTUC, being a responsible workers organisation, would not go to the streets to demand for its rights, but would prefer peaceful negotiations. 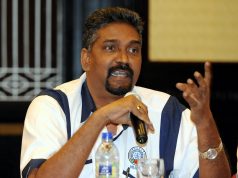