KUALA LUMPUR — The political landscape in the country remains unpredictable though it is more than a year now since the 13th General Election was held on May 5, 2013.

However, political observers have noted a trend in the by-election outcomes. Wherever the opposition won, its majority has been reduced while BN’s vote count has increased. Now, one will ask is there any significance in this?

In the Sungai Limau by-election, though PAS succeeded in maintaining the seat, the majority garnered by its candidate Mohd Azam Abd Samat witnessed a whopping 61 per cent reduction whereby he only managed to record a 1,084-vote. This is a stark contrast to the 2,774-vote majority recorded by his predecessor Tan Sri Azizan Abdul Razak, the former Kedah Menteri Besar.

The same happened in the Kajang by-election, when PKR President Datuk Seri Dr Wan Azizah Wan won with a 5,379-majority compared with the 6,824-majority won by the predecessor from the same party, Lee Chin Cheh, during GE13.

While the late veteran politician and prominent barrister the late Karpal Singh recorded the third highest majority of 42,706 votes in GE13, in the following by-election in Bukit Gelugor held after his demise in a road accident, his son Ramkarpal Singh saw the majority reduced by 12 per cent.

Ramkarpal only managed a decent 37,659 votes despite of the initial anticipation that he will record a bigger margin due to the sympathy vote factor for the ‘Tiger of Jelutong’.

Can BN take for granted that the declining majority for the opposition is an early indicator that the voters are returning to its fold once again?

A senior lecturer with the Social Science and Humanities Faculty at Universiti Kebangsaan Malaysia (UKM) Associate Professor Datuk Dr Samsul Adabi Mamat in elaborating on this said it is a positive development for BN.

Nonetheless, it could not be taken for granted that the tides were changing in favour of BN.

“The increase in support for BN may be as temporary development. Rationalising the mindset of the voters is the most important element and this is what could provide the silver lining for the next general election.

“What we have seen in these by-elections are just early indicators,” he said to Bernama.

BN MAJORITY ON THE RISE

The three seats won by BN from the six by-elections – the Kuala Besut and Balingian state seats and the Teluk Intan Parliamentary seat recorded from big to small majority but the implications remain significant.

In Kuala Besut, BN managed to increase its majority by 0.06 per cent or 158 votes, with its candidate Tengku Zaihan Che Ku Abdul Rahman receiving a 2,592-majority compared with his predecessor the late Dr A. Rahman Mokhtar who received 2,434 votes.

In Sarawak, it was a different story altogether when BN’s candidate for the Balingian state constituency Yussibnosh Balo, 48, scored a whopping 38 per cent increase in the majority, that is 6,911 votes, even outdoing his predecessor former Chief Minister Tun Abdul Taib Mahmud who only had a 5,154-majority.

In Teluk Intan, BN’s candidate Datuk Mah Siew Keong managed to wrestle the Parliament seat from DAP with a small margin of 238 votes.

Samsul Adabi noted that while the improving vote count for BN might indicate changing voter sentiments, there was still more to be done to ensure this favourable momentum for BN is maintained and enhanced up to the next general election.

“BN cannot view this scenario with complacency as the increasing support seen in the by-elections is not significant as yet,” he said.

However, what could be the other reasons behind declining majority for the opposition? Is there an element of sabotage within?

Elaborating on this, Samsul Adabi noted that there were also the dissatisfaction factor that helped to channel votes towards BN.

He provided the Teluk Intan by-election as a good example, where the Chinese who gave their whole-hearted support to DAP previously were disappointed as the party fielded a Malay candidate.

At the same time, the Malays rejected the DAP as the party opposed the Hudud, something the Muslims feel compelled to vote for.

“Inspite of these minor factors affecting the Malay and Chinese vote, it is still not the fundamental reason for the change in voter sentiments,” he said.

However, he did not deny that the Chinese support in all the by-elections, except in Balingian, had increased by at least about 20 per cent.

“BN has to continue working hard to draw more Chinese votes with the Indians being consistent in their support with 60 per cent showing their support for the party,” he said.

Apart from that, he said, BN is still left out in the social media realm especially the Facebook and Twitter, and this has to be addressed to ensure the people get the right information and keep close to BN.

“The opposition survive by creating perceptions on BN thus confusing the masses and this can only be addressed by rationalising the mindsets,” he said. 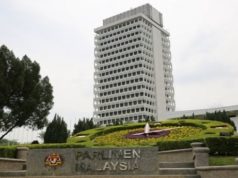