He said the five teachers in Penang who were detained to assist in the police investigations into the case were released after their statements were recorded. “The investigation in Penang has been completed and the police have checked on all the teachers here and there is no concrete proof that the examination questions were leaked here.

It means they were leaked elsewhere, so let the police investigate further,” he said when met at Sekolah Kebangsaan Sungai Gelugor, here, today. The UPSR Science subject papers 018, 028 and 038 and English Language papers 014/1 and 014/2 were cancelled or postponed following the discovery of the question leaks.

The Malaysia Examination Board then fixed Sept 30 as the new date for students to sit for the two subjects. police received reports of UPSR question leaks for two more subjects, Mathematics and Tamil Language.

Education director-general Datuk Dr Khair Mohamad Yusof then announced Oct 9 (which is today) as the new examination date for Mathematics papers 015/1, 025/1 and 035/1 and Tamil papers 036 and 037.

Osman said he was satisfied with the commitment of teachers in the state who always used any opportunity or space available to ensure the students perform well in their studies.

He said the efforts included giving students constant or repeated practice in answering examination questions including the predicted ones, some of which appeared in the actual examination. 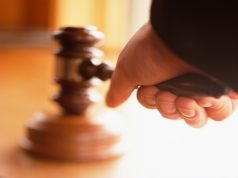 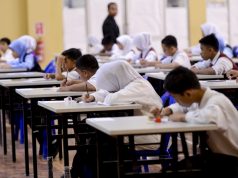 UPSR, PPSR results out on Nov 21

UPSR: Invigilators can give instructions in candidates’ mother tongue