“I call upon IGP to initiate investigation to protect Government interest and not to wait for the police report by Dato Palani. IGP must immediately record a statement from Dato Palani and investigate the authenticity of the video clip ‘as soon as possible’ and submit a report to PM. The investigation should be made in view of the disparaging comments made against the ruling government, indirectly tarnishing its image by a cabinet Minister” Vel Paari said in a statement.

“Due to the emergence of the video clip, there is a dilemma for the PM and the Government, where we have a cabinet minister bounded by the Official Secrets Act 1972, who has openly spoken against BN, openly admitting links with PKR, has access to cabinet papers and sits in BN council meeting where government strategies are discussed” Vel Paari further said.

“Analyzing the video, his spoken words in terms of sound delivery coordinates well with his body language and movement. Anyway, I am not a forensic expert. So it’s best to wait for the police to complete their investigation. I suggest the police immediately get a sound and voice expert to authenticate whether it is Dato Palani’s voice” Vel Paari stated in his statement.

Vel Paari has also said that in the mean time he has decided to engage an independent forensic expert to check the video clip for the sake of MIC and BN. 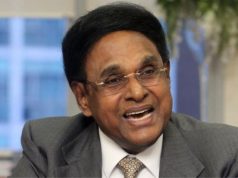