Klang – Penang Deputy Chief Minister Prof P.Ramasamy has come under fire for ridiculing MIC leaders who in fact come to the ground to champion the plight of Indians in Selangor state.

“I read with utter dismay the words coming from DAP’s P. Ramasamy who has stooped to such low levels in his attack on MIC youth chief C. Sivaraajh. Instead of answering the various allegations made against the Selangor Pakatan government, Ramasamy has conveniently sidestepped them and gone ballistic against Sivaraajh at a personal level” said Datuk R.S.Maniam (pic), who is also a Central Working Committee member of MIC.

R.S.Maniam is also the Division Chairman of MIC Kota Raja Division in Selangor.

Recently, MIC leaders and youth wing members staged a protest against the Selangor state government authorities for demolishing the houses where Indian families were residing. 4 MIC leaders were even arrested by the Police for blocking the authorities in carrying out their duties.

“Calling Sivaraajh a lapdog and a joker is uncouth for a politician of Ramasamy’s stature and also for an academician holding the post of Deputy chief minister of Penang” Maniam slammed.

“Ramasamy should realise that it doesn’t take long for the tables to be turned and we could also call him as such and bring him to task on so many issues. We can also label him with similar words as he does not have the guts to stand up to his party’s leadership. This is the fundamental difference between the MIC and the DAP. We are trying  to work within the system and find solutions for the Indian community’s woes. In such a system, there are bound to be differences and we may not get all that we want. This is political reality and it is not limited to Malaysia alone” Maniam pointed out in his statement.

R.S.Maniam further said: “Just look at the situation in Penang. Can anyone survive by constantly attacking the leadership? Remember the fate of PKR’s five assemblymen who abstained on the BN motion some time back? How did the DAP react? The reaction can be summed up in just one line: you expect everyone to be your lapdog, beggars and slaves, yet you find fault with the MIC because we decided to work alongside UMNO. Do you dare speak out against Lim Guan Eng if there is a disagreement? But I am sure you will say there has never been a disagreement as everyone is always on the same page. Gullible people may believe this but try telling it to politically mature Malaysians”

“Ramasamy also went on to say that even MIC leaders do not take Sivaraajh seriously. I wonder how he came to this conclusion. Maybe his collusion with some ex-MIC members could shed some light on it. Sivaraajh has the support of the party. It must be remembered that he rose through the ranks unlike Ramasamy, who was parachuted into Penang and ended up with the DCM post given on a silver platter” R.S.Maniam noted in defending, the MIC’s National Youth leader.

“Does Ramasamy even have any grassroot support? If his position is taken away today, Ramasamy will just disappear but Sivaraajh will still be around. Despite not being an elected representative, he is seen everywhere and trying to the best of his abilities to address Indian issues. The MIC leadership is proud of him. Ask any MIC national leader and see their response. But can I say the same about Ramasamy? The public can ask any DAP leader and you will be surprised to hear their answers. At this moment in time, Ramasamy’s only legacy I can think of is that of an Indian rubber stamp” Maniam slammed.

“Ramasamy also said MIC Youth wing was seeking mere publicity. For your information, the MIC Youth has engaged students from secondary schools until the universities in order to sort out issues affecting them. They have also sorted out numerous financial issues affecting Indian students. They have also attended to numerous medical cases, housing problems and other social issues faced by Indians. Sivaraajh was also among those instrumental in saving the Vivekananda Ashram from development. Can I hear what the DAP or rather DAPSY has done?

But then again, Ramasamy will surely crawl back into their rabbit holes and keep saying that they don’t control the federal government.

If Ramasamy speaks this way when DAP is only holding the state of Penang, I shudder to think what lies ahead if the Opposition holds the Federal government.

Ramasamy should remember that we can keep debating who is a, beggar or slave but the the debate will never end. So my advice to him is – please grow up and be a mature politician” Maniam concluded in his statement. 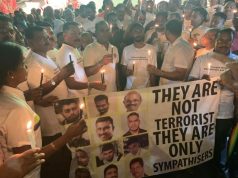 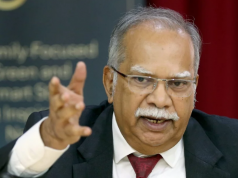 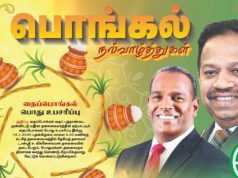