NAIROBI, March 8- Kenyans are anxiously awaiting the results of the general elections as the release of the votes tally was delayed by an information communication technology breakdown, which hit the data transmission system of the election.

The delay stirred up raising concerns of possible disputes over final results, which resulted in bloodshed that killed more than 1 200 people after that country’s 2007 elections. In order to ensure the election is fair and transparent, the country used technology which resulted in failure, sparking anxiety across the country.

The commission in charge of organising elections, the Independent Elections and Boundaries Commission (IEBC), admitted the hitch, forcing it to resort to manual counting of votes at the national tallying centre at the Bomas of Kenya, a cultural centre south of Nairobi.

Chairman of the IEBC Isaack Hassan promised to release the presidential results first as required by the constitution, by the end of Wednesday. However, late in the afternoon on the same day, the manual counting of the presidential votes started.

Earlier, about five million votes had been counted using the electronic system. The delay has been condemned by Kenyans because of its potential to cause violence and give room for negative propaganda that may ignite violence. UN Secretary General Ban Ki-moon called on Kenyans to remain peaceful as they wait for the results to be counted.

“I am happy with the peaceful and orderly process and how Kenyans have conducted themselves so far. Voters, candidates, political leaders and their supporters should maintain the same calm and patience, to allow IEBC to complete its tallying of the votes, and to refrain from any pronouncements that could undermine its authority or cause tension,” he said in a statement.

The IEBC was forced as a result to call all its returning officers from the country’s 47 counties to present manual entries of the votes tally for the final manual tallying to be done in Nairobi — a process which may push announcement of the final tally announcement to Friday morning, Hassan said at a media briefing.

The government has also been forced to postpone the opening of schools to next Monday from the earlier planned opening day of Thursday, because of the expected delay in the release of the final vote tally. Essentially, the IEBC has by law seven days to announce the votes tally, meaning that constitutionally, it has up to Monday next week to do so.

The most awaited elections results are those of the presidential candidates being contested closely by Prime Minister Raila Odinga and Deputy Prime Minister Uhuru Kenyatta, who took an early lead, according to partial results.

Although calm was reported across the country, Kenyans across all walks of life called on the IEBC to hasten the process and announce the results in the shortest time possible.

Some Kenyans blamed the IEBC for poor public education; others said it was because of the complexity of the voting that saw Kenyans elect six representatives at a go, including the president, senator, governor, member of parliament and women representative.

Leading presidential candidates Raila Odinga and Uhuru Kenyatta called on their supporters to be patient and await the announcement of results by the IEBC. 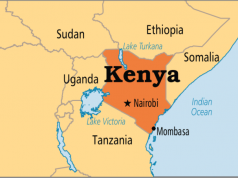