“The world mourns the loss  of a great human being Baratha Rathna ABJ Abdul Kalam, who was a human being par excellence” Subra said in a press statement released today.

“He was a world renowned scientist who rose to the highest pedestal of becoming the President of India and brought respect and highest level of dignity to the post of President of India. He is a sterling example to exemplify the maxim that the dignity of a post or position is exalted by the qualities of the person who occupies it” Subra (pic) further said in his statement.

“He energised and gave promise and hope to the youths. In a world torn by racial and religious strife Kalam’s formula of seeing the good in all traditions and religion is the sure way of uniting this divided world. He was not only a great scientist but a greater humanist who taught the world many things beyond the frontiers of space of science. The world has lost one of the greatest sons” Subra said commenting on the illustrious contributions of Abdul Kalam.

“May we all ,whatever our background be, join together in a single minded prayer for his soul to rest in peace” Subra concluded in his statement. 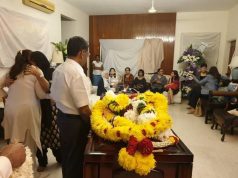 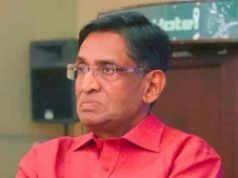