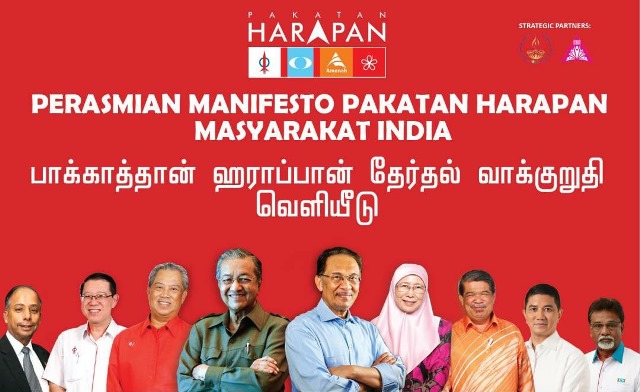 Dr Mahathir was speaking at an event specially organised for the launch of Pakatan Rakyat’s election manifesto for the Indian community.

Mahathir also announced an aid package to the tune of RM4 billion specially for the Indian community to uplift them from the current economic doldrums and to eradicate poverty.

The event was attended by more than 1,000 supporters.

Mahathir also promised that they have identified 25 different things to be carried out for the Indian community under the manifesto and one of the prime initiative would be to look into the problems of stateless Indians. “We will look into their issues and accordingly would find ways to issue citizenship to them” Mahathir said in his speech while launching Pakatan’s special election manifesto for the Indians.