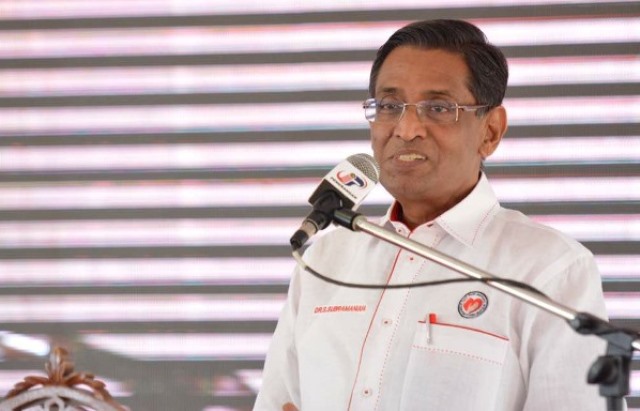 Kuala Lumpur – Commenting on the decision by Gerakan party to leave Barisan Nasional (BN), MIC President Datuk Seri Dr S.Subramaniam has said that the decision of the party should be respected.

“The results of GE14 has had a destabilizing factor in the structure and functioning of political parties particularly of those in BN. All parties including UMNO are finding new pathways and strategies to remain relevant and to bolster their support base to regain political space before GE15. In that aspect, Gerakan has analysed and made its choice. We should respect that decision” Dr Subra noted in his Facebook posting today.

“This probably will allow Gerakan as a multiracial party to chart its own political destination independently without the need to listen to others. I wish Gerakan the best in their new political venture” Dr Subra further said.

With the departure of Gerakan, the BN coalition, which once boasted 13 members in its coalition,  has now shrunk to merely 3 parties, namely UMNO, MCA and MIC. Ironically a coalition of these 3 parties was the precursor to BN in 1957 and it was then known as “The Alliance”.