BALAKONG — Former MCA president Tan Sri Chua Soi Lek is expected to make a political comeback in the remaining 10 days or so of campaigning in the Balakong state seat by-election, polling for which is on Sept 8.

Tan was responding to questions on whether Chua had contacted him offering to help in the election campaign.

Earlier, the media had reported that grassroots leaders from MCA and other parties had urged Chua, who had been the assemblyman for Penggaram in Johor for 18 years as well as Johor MCA liaison chief, to contest the party’s top post in the MCA elections on Nov 4.

Liow has openly declared his support for the party deputy president, Datuk Seri Dr Wee Ka Siong, who is the only MCA MP now, to take over from him.

In the Balakong by-election, which is being held following the death of assemblyman Eddie Ng Tien Chee in a road accident on July 20, Tan faces Pakatan Harapan candidate Wong Siew Ki in a straight fight. 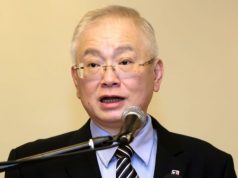