SHAH ALAM – PAS did not win the Seri Setia state seat in the by-election yesterday, but still sees it as a victory for the overwhelming increase in votes it received, and a clear indication from the people in accepting the formation of a united opposition front.

Dr Halimah Ali from PAS who lost the seat to Pakatan Harapan (PH) candidate Halimey Abu Bakar said that the party had more than 100 per cent in votes compared to its performance in Seri Setia in the 14th General Election (GE 14), just four months ago.

Halimey won with 13,725 votes while Dr Halimah had 9,698 votes. The seat fell vacant following the death of incumbent Prof Dr Shaharuddin Badaruddin who died of cancer on August 2.

She added that PAS had made significant inroads for the first time at the polling centres in TTDI Jaya, Sungai Way as well as PJS5.

“In fact PAS also won the postal votes and early votes involving police and military personnel as well as votes from young people and non-Malays.

“This is a  signal from the voters who are now politically mature and not afraid to make a change,” she said at a press conference here today.

Commenting on the cooperation between PAS and UMNO as an opposition bloc, Dr Halimah said the alliance between both parties in the by-election gave hope for further cooperation in the future.

“It will bring benefits to the people. We don’t necessarily need to agree in all aspects, but that doesn’t mean we have to oppose them in all issues. What matters is to fight for the greater good of the people,” said Dr Halimah. 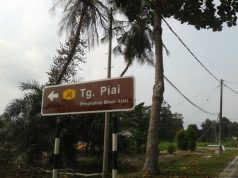 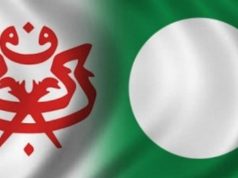