KUALA LUMPUR — The Malaysian Bar commends the government’s decision to form a Royal Commission of Inquiry (RCI) to investigate the allegations of judicial interference and judicial misconduct made by a Court of Appeal judge, Justice Datuk Dr Hamid Sultan Abu Backer.

Its president, George Varughese, said the bar had repeatedly called for the establishment of such a RCI, since August 2018, when the allegations first surfaced during Justice Hamid Sultan’s presentation at the Malaysian Bar’s International Malaysia Law Conference 2018.

“We reiterate our call to the government to expand the terms of reference of the RCI to include recommending holistic proposals for thorough and comprehensive reforms to improve and strengthen the institution of the Judiciary, in addition to addressing all the allegations of judicial misconduct.

“This RCI provides a significant and crucial opportunity that the government must seize.  We are confident that the members of the RCI, who are yet to be announced, will execute their exceedingly important work with the greatest dedication and integrity, leaving no stone unturned in their quest for the truth and proposals for reform,” he said in a statement released tonight.

According to Varughese, the Malaysian Bar is mindful that the sanctity of the independence and integrity of the judiciary is essential and of the utmost importance for upholding the rule of law and instilling public confidence, and must not be allowed to be tarnished.

“We therefore urge all parties to demonstrate respect and support for the RCI, and the weighty mandate entrusted to it, by refraining from speculating or making adverse comments on the allegations made by Justice Hamid Sultan until the RCI concludes its investigation and its findings are revealed,” he said, adding that the Malaysian Bar stands ready to assist the RCI. 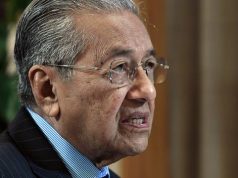 RCI on Judicial misconduct is what people want – Mahathir 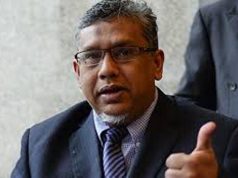 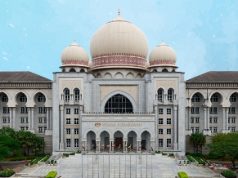