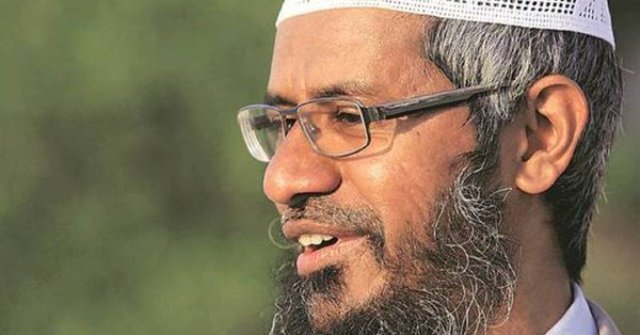 KUALA LUMPUR — The government have not received any request from the Indian government for the extradition of controversial Islamic preacher Dr Zakir Naik.

As such, Deputy Prime Minister Datuk Seri Dr Wan Azizah Wan Ismail said that there was no need for the Malaysian government to do so.

“Indeed, I did ask (the prime minister) but, as of to date, the Malaysian government have not received any application from India to extradite Dr Zakir Naik,’’ she told reporters after attending the Pandan Parliament Aidilfitri Open House here today.

Prior to this, Prime Minister Tun Dr Mahathir Mohamad was reported as saying that Malaysia would not bow to insistence from any quarters for Zakir to be sent home to India.

Dr Mahathir stressed that Malaysia had the right whether to send back or otherwise the renowned preacher to his country of origin after the Indian government was seen hard-pressed to detain Zakir for money laundering in India.

In her speech, Dr Wan Azizah said that the government would endeavour to solve the issues at the Orang Asli settlement in Kuala Koh, Gua Musang, who were facing cases of fatalities due to lung infections.

She said this included looking at the problems of infrastructure and education.

‘’We must tackle the problem of infrastructure, the importance of providing them with basic necessities, health problems must also be taken into account, also problems of water sources and cleanliness of surroundings,’’ she said.

On Wednesday, police declared the Batek Orang Asli Village in Kuala Koh, Gua Musang as a red zone following the deaths of 14 residents due to lung infections.