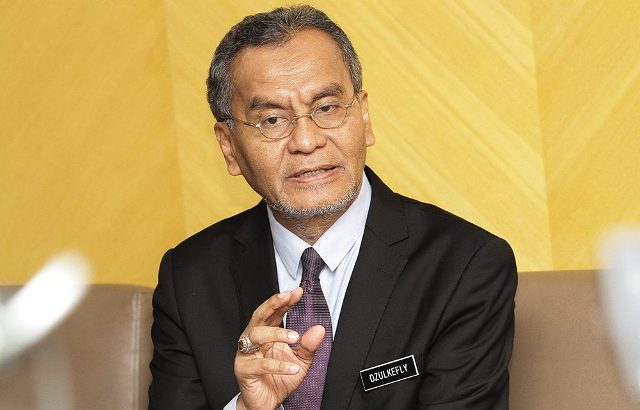 PORT DICKSON: The cause of the illness suffered by Irfan Wafiy Idham Wazir, 12, has not been ascertained whether it has to do with toxic pollution from Sungai Kim-Kim, Pasir Gudang, Johor.

Health Minister Datuk Seri Dr Dzulkefly Ahmad said Irfan Wafiy, who suffered from Myokymia, could not necessarily get it from chemicals and would visit Irfan Wafiy’s family with Neurologists to give a more thorough explanation.

“I will visit Irfan Wafiy’s family in the near future and take the responsibility to make sure that Irfan Wafiy’s parents are given the best explanation.

“Do not misunderstand, when people hear Myokymia they assume it is from chemicals, it is not necessarily so because there are many possible causes of the disease, it would be a problem if the public did not understand it,” he said.

He said this at a press conference after the Port Dickson parliamentary Level “My Healthy Village” programme here today.

Dr Dzulkefly also assured that Irfan Wafiy would be treated by a Neurologist Pediatrician.

Irfan Wafiy, the fourth of five siblings, was diagnosed with Myokymia, similar to a Parkinson’s disease, believed to have been contracted from exposure to the toxic pollution from Sungai Kim-Kim, Pasir Gudang, last March.

On March 7, 103 students and residents of Sungai Kim Kim were hospitalised as a result of inhaling poison gas. After a preliminary investigation was made, the authorities identified that the cause came from chemicals thrown into the Sungai Kim Kim.

On March 11, 2019, the second wave of poisonous gas reactions from chemicals in Sungai Kim Kim began. A total of 106 new victims were hospitalised with the number of victims reaching 1,000 people a few days later, and eight were admitted to the intensive care unit.

Following the incident of schoolchildren experiencing breathing problems on June 20 in Pasir Gudang, the Ministry of Health in a statement said that as of July 5 at 5pm, the cumulative case of breathing difficulty in Pasir Gudang was 1,138 people out of which 1,093 received outpatient treatment and 45 people were admitted to ward, and there were no new cases reported.

The Mental Health and Psychological Support team conducted a mental health screening for the victims and cumulatively until July 5 at 5pm, 723 members of the public including children received early psychosocial support services. 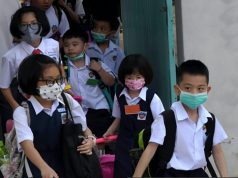