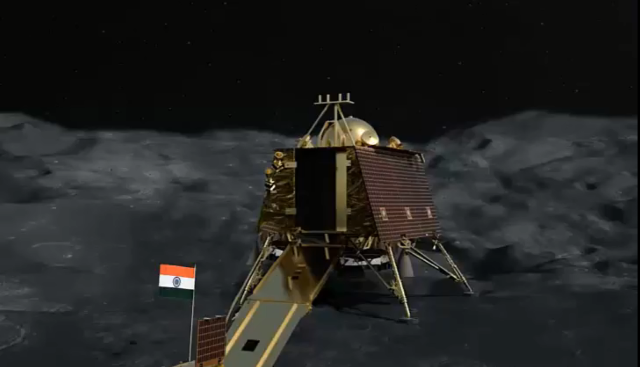 Landing on the moon and exploring its surface was the main objective of India’s US$140-million Chandrayaan-2 mission, but communication was lost with the lander, dubbed “Vikram”, in the final moments on early Saturday when it was just 2.1 km above its supposed parking spot.

The failed mission caused much dismay across the nation, which had hoped to create history with the first landing by any country on the unexplored lunar south pole.

“The lander is there (on lunar surface) as a single piece, not broken into pieces. It’s in a tilted position,” Press Trust of India news agency quoted an official of the Indian Space Research Organisation (ISRO) as saying.

“We are making all-out efforts to see whether communication can be re-established with the lander,” said the unnamed official, who worked on the venture.

Only the United States, Russia and China have accomplished successful moon landings.

Israel attempted a lunar mission in April this year but the spacecraft “Beresheet” crashed on the moon. The Chandrayaan-2 mission was made up of an orbiter, the lander and a rover.

The rover was to roll out of the lander to carry out exploration if the landing had been successful.

Countdown to blastoff: India to launch 104 satellites from one rocket