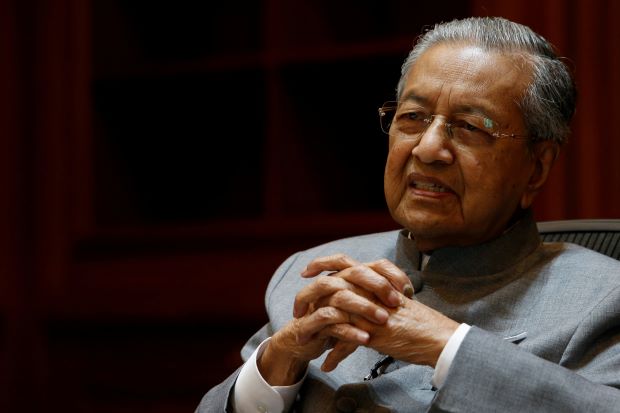 PUTRAJAYA — “I am shocked (that) he is shocked,” said Prime Minister Tun Dr Mahathir Mohamad following Datuk Seri Najib Tun Razak’s reaction after being ordered to enter his defence for all charges in the SRC International trial.

Dr Mahathir said the trial of former prime minister’s took many months according to the rule of law.

Speaking in a news conference after chairing the Parti Pribumi Bersatu Malaysia (Bersatu) Supreme Council meeting here today, Dr Mahathir who is also Bersatu chairman, said Najib has had a good hearing and was allowed to go on bail and even got to help in by-election campaigns.

“Going to bail, going to campaign. He had sore eyes but when (to help) campaign okay, when court cannot (attend).

“All this nonsense you get from him because we are being lenient and we follow the rule of law,” he added.

Najib had been ordered to enter his defence against all seven charges of abusing SRC International funds today.

According to the lead counsel in Najib’s defence team, Tan Sri Muhammad Shafee Abdullah, Najib was shocked with the Kuala Lumpur High Court’s decision and had anticipated being acquitted of all the charges.

On accusations that he interfered in Najib’s trial, Dr Mahathir in dismissing the allegation said : “I never interfere with the court. During my time, the court decided to regard my party as illegal and I didn’t fight the court. I went through the proper way.”