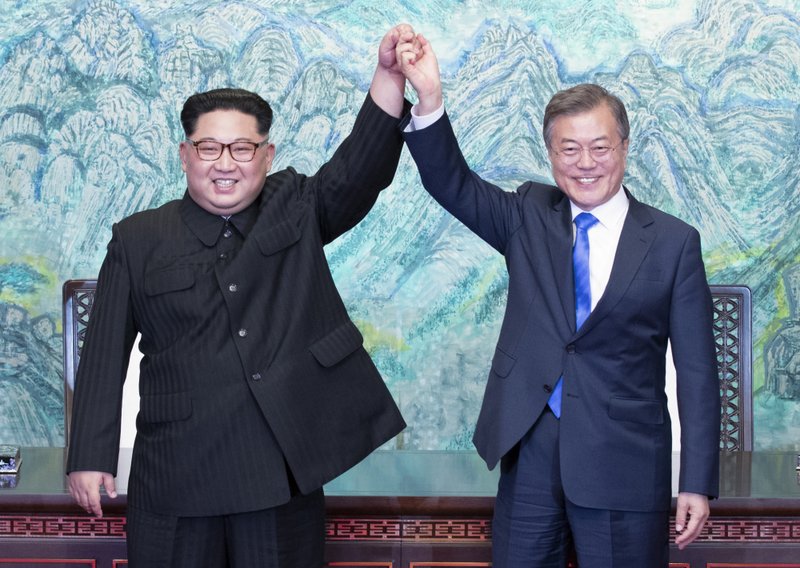 WASHINGTON: The United States has reaffirmed its support for improved inter-Korean relations amid bilateral consultations on how to pursue South-North cooperation projects, South Korea’s Yoonhap news agency reported a Seoul official, as saying.

At the Thursday meeting, Lee said the two sides discussed ways to bring North Korea back to talks to negotiate its denuclearisation, and how to deter the regime from carrying out provocations.

As part of that discussion, he said, they also talked about President Moon Jae-in’s renewed push to expand inter-Korean cooperation projects as a way to facilitate the stalled denuclearisation negotiations between Washington and Pyongyang.

“The US reaffirmed its support for improved South-North relations,” Lee told reporters at a briefing, without offering details on Washington’s stance on specific inter-Korean projects, such as Moon’s interest in allowing individual tours to North Korea.

“We also agreed to coordinate closely on inter-Korean relations, the complete denuclearisation of the Korean Peninsula and the establishment of a lasting peace,” Lee said.

South Korea has said that individual tours do not fall under the scope of United Nations sanctions against North Korea.

While the US hasn’t expressed its position on the individual tours publicly, it has been wary of any flow of resources to North Korea that could undermine its “maximum pressure” campaign against the regime.