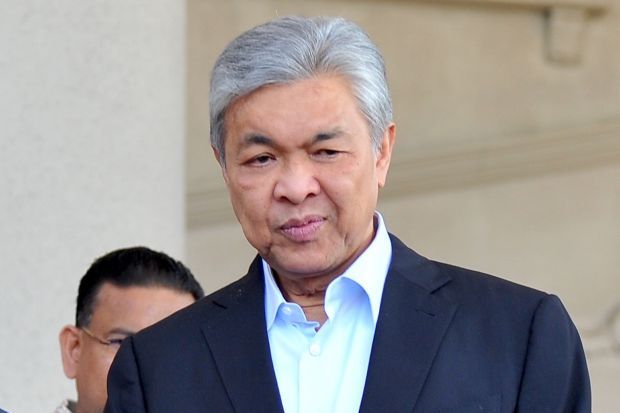 The company secretary Mahinder Kaur, 64, in her witness statement said she was unable to update Yayasan Akalbudi’s file as the documents given to her were incomplete.

The 28th prosecution witness said she came to know Ahmad Zahid in 1989 and was appointed company secretary of Measurement Sdn Bhd, owned by the latter in 1993.

Mahinder said Ahmad Zahid then appointed her as Yayasan Akalbudi secretary in 2012.

“In 2003, I was asked by Ahmad Zahid to update Yayasan Akalbudi’s documents. From 2003 until 2011, I could not do so as the documents submitted to me were incomplete,” she said on the 12th day of the corruption trial of Ahmad Zahid, who is facing 47 charges involving millions of Yayasan Akalbudi funds.

Mahinder said she had also reminded Ahmad Zahid several times about the matter.

“He (Ahmad Zahid) told me that he would provide the documents but until now, I have not received them to enable me to update the documents and file them with SSM,” she said during examination-in-chief by deputy public prosecutor Lee Keng Fatt.

Mahinder said Yayasan Akalbudi to her knowledge had neither held an annual meeting nor conducted audits on its accounts.

There were also no meetings held with its board of trustees, she added.

“I was also not informed of the activities of the foundation. Yayasan Akalbudi never presented its financial report for me to file with SSM as well as its audit reports,” she said.

Mahinder said under the Companies Act 1965, a company must hold its first AGM within 18 months of its incorporation while the subsequent meeting must be conducted not more than 15 months after the previous AGM.

Under the same act, a company is also required to submit its audit report to SSM within 30 days of its AGM, she added.

Ahmad Zahid, 67, faces 47 charges, 12 of which are for criminal breach of trust, eight for bribery and 27 for money laundering involving millions of ringgit belonging to Yayasan Akalbudi