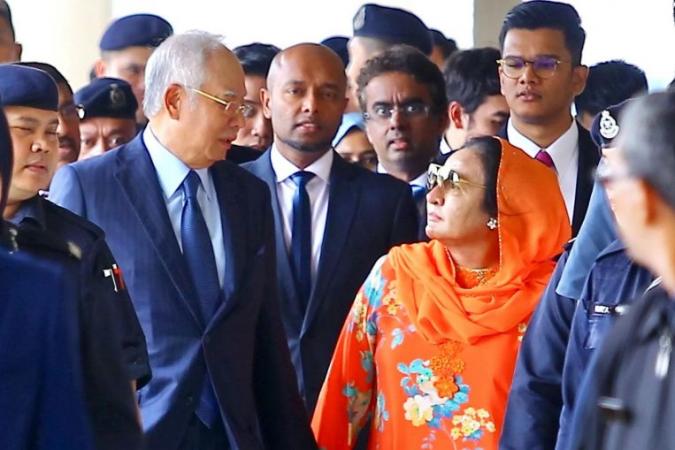 KUALA LUMPUR: The High Court here today allowed an application by the prosecution in a forfeiture suit against former Prime Minister Datuk Seri Najib Tun Razak and his family for an extension of time to allow the defendants to examine items, allegedly linked to the 1Malaysia Development Berhad (1MDB) funds, that were seized by the Malaysian Anti-Corruption Commission (MACC).

Judge Mohamed Zaini Mazlan made the decision after deputy public prosecutor Tengku Amir Tengku Abdul Rahman submitted four dates — Feb 22, 23 and 29 and March 1 for  Najib and his family to inspect the items.

The request by the prosecution is reasonable, said Mohamed Zaini and set March 23 for case management.

Najib’s lawyer,  Mardhiyah Siraj, then requested to be given two weeks after the inspection for the defence to file in the affidavit in reply, and was granted by the court.

Last Feb 3, Mohamed Zaini ordered the prosecution to allow Najib and his family, comprising his wife, Datin Seri Rosmah Mansor and their daughter, Nooryana Najwa, to physically inspect the items which were kept in a vault at  Bank Negara Malaysia (BNM).

He allowed Najib and his family to inspect the items with the conditions, which included, that the inspection be conducted in premises designated by the prosecution and within two weeks, which makes today the deadline.

On July 18 last year, Najib filed a notice of motion to inspect and obtain particulars on the said assets.

In the notice of motion, Najib, 67, is seeking for the respondent to provide or supply colour pictures of the items, as well as their detailed descriptions, such as the label, symbol, gift card, package and box of the movable properties that were seized on May 17, 2018.

The former premier had filed the application on the grounds that parts of the boxes, handbags and containers that were seized had been removed from its original wrappings, and this has caused confusion in their identification process.

Rosmah, 69, and Nooryana Najwa, 32, meanwhile, filed an application for leave to be allowed to physically inspect the items.