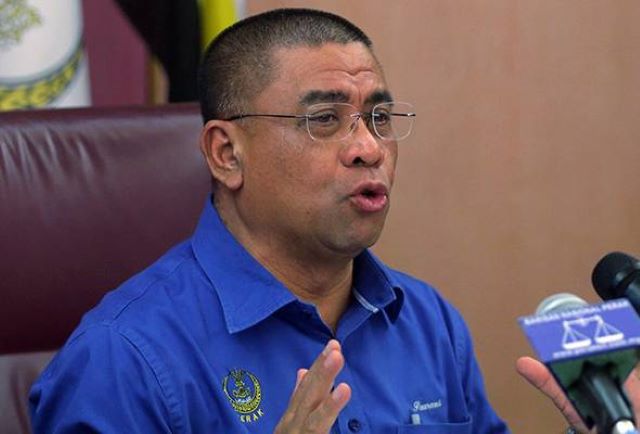 IPOH — UMNO, PAS and Perak Bersatu have agreed to form a new government in Perak in the same mould as at the federal level, according to Perak UMNO chief  Datuk Saarani Mohamad.

He said, in principle, the three parties now had enough seats to form the new state government with UMNO-led Barisan Nasional (BN) having 25, PAS (3), Bersatu (2) and one independent assemblyman backing them.

“We also understand another assemblyman will be leaving his party and become an independent but will support us,” he told Bernama.

In the 14th General Election held in May 2018, Pakatan Harapan (PH) which was made up of DAP, Amanah, PKR and  Bersatu then, managed to secure 29 seats in the 59-seat State Assembly while BN won 27 and PAS (3),  leaving a hung assembly as none had a simple majority of 30 seats.

However, with two crossovers, one joining Bersatu and the other becoming an independent but friendly to Bersatu, PH managed to form the state government.

At the federal level, BN,PAS, Bersatu and GPS of Sarawak joined forces to unseat the PH government in Putrajaya last Saturday.