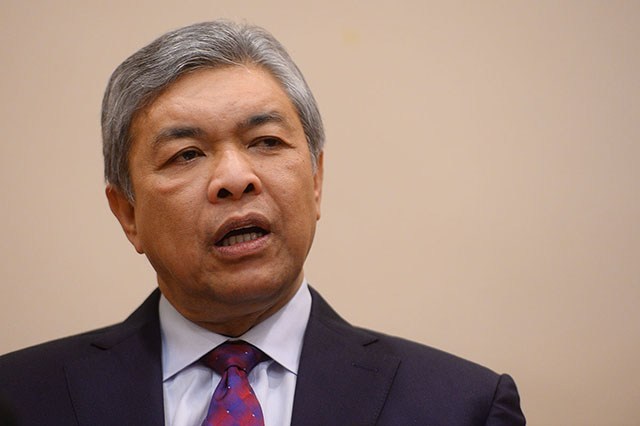 Bee Garden Holdings Sdn Bhd director Tan Sri Lee Kim Tiong @ Lee Kim Yew, 65, who was the 57th prosecution witness, said the cheque was for the payment of the company’s two bungalows, which were sold to Yayasan Al-Falah whose chairman of the board of trustees was Mohamad Nasaee.

He said the bungalows were bought through a cheque dated Jan 4, 2017 for religious purposes as they were near the surau.

“Datuk Eric said that the purchase had some connection with religion but I’m not sure whether it was true or not,” he said when responding to additional questions during cross-examination by lawyer Datuk Ahmad Zaidi Zainal.

Ahmad Zaidi: Earlier, you said you know Datuk Zahid (Ahmad Zahid). Did you know that Yayasan Al-Falah, which bought these bungalow lots, had a connection with Datuk Zahid?

Ahmad Zaidi: Did you know that the lots will be used for religious purposes, tahfiz or Islamic religious school?

Lee: I don’t know what they will be converted into. But I do know that they (Yayasan Al-Falah) bought the land because the bungalows were near the surau.

Lee, who is also the founder and chairman of Country Heights Holdings Berhad, also agreed with Ahmad Zaidi’s proposal that the two bungalow units, which were used as showhouses, were sold below the market price due to their poor condition after being left unoccupied for a long time.

The businessman said the sale and purchase agreement was signed by him and another director of Bee Garden Holdings, Nik Hassan Nik Mohd Amin on behalf of the seller while Mohamad Nasaee was the buyer’s representative.

During re-examination by Deputy Public Prosecutor Ahmad Sazilee Abdul Khairi, the witness agreed with the suggestion that the reduction in prices of the bungalows had nothing to do with the fact that they were located near the surau as raised by the defence.

For the 26th charge, Ahmad Zahid is accused of having been involved in money-laundering, that is having given instructions with regard to the purchase of two bungalows for RM5.9 million using a cheque belonging to Messrs Lewis & Co.