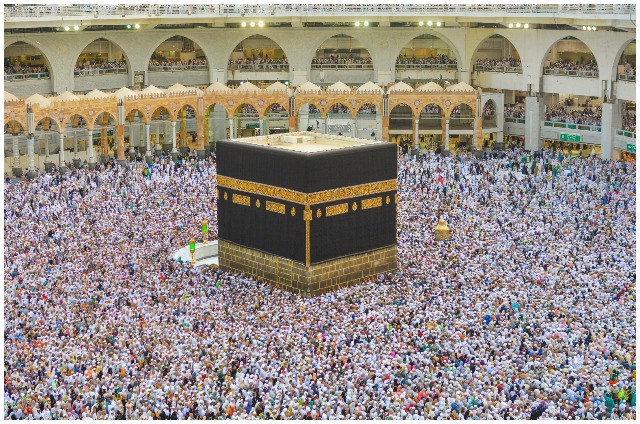 NEW DELHI — Saudi Arabia’s decision to organise a scaled-down Haj this year due to the coronavirus situation has been welcomed by Indian Muslims, who constitute one of the largest segments of pilgrims.

The annual pilgrimage to Islam’s holiest city Makkah will be held involving a limited number of pilgrims from various nationalities already living in the Kingdom of Saudi Arabia.

About 213,000 Indians had applied to perform the Haj this year and they will be refunded following the Saudi decision, said India’s Ministry of Minority Affairs.

“The process has been started today to immediately refund the full amount of money deposited by the applicants without any deduction,” the ministry said on Tuesday.

About 2.5 million Muslims gather in Makkah each year for Haj, with their numbers decided as per country-specific quotas.

The decision to scale down the Haj was taken to ensure the pilgrimage “is performed in a safe manner from a public health perspective while observing all preventive measures and the necessary social distancing protocols” to protect people from the coronavirus pandemic, the Saudi government said.

Historically, there have been around 40 occasions when the Haj was suspended or the number of pilgrims was extremely low due to extraordinary situations, according to the Riyadh-based King Abdul Aziz Foundation for Research and Archives.

Indian Muslims described the Saudi decision as appropriate in view of the global health emergency and in line with religious teachings.

“It’s a correct decision because Islam imposes obligations for saving human lives. Because the whole world is caught up in a health crisis, it is not possible to follow social distancing and other safety measures in a large gathering of people from around the world,” Raihan Akhtar, assistant professor of theology at Aligarh Muslim University, told Bernama.

Syed Zafar Mahmood, president of the Zakat Foundation of India, said the Saudi response is apt in the face of current global challenges.

“Those who wanted to travel for Haj this year must accept it as Allah’s design and devote the time and resources they would have spent on the pilgrimage in other people’s welfare,” he said.

Physically and financially able Muslims are required to perform the Haj at least once in their lifetime.

Many pilgrims plan years in advance and save for the expenses during what’s considered the experience of a lifetime.

Mudasir Qureshy from Kashmir, who planned to go to Makkah this year, was disappointed.

“This year, I and my wife were selected for the pilgrimage, but Almighty Allah had some other plans. Maybe next year, inshallah, if life permits,” he said.