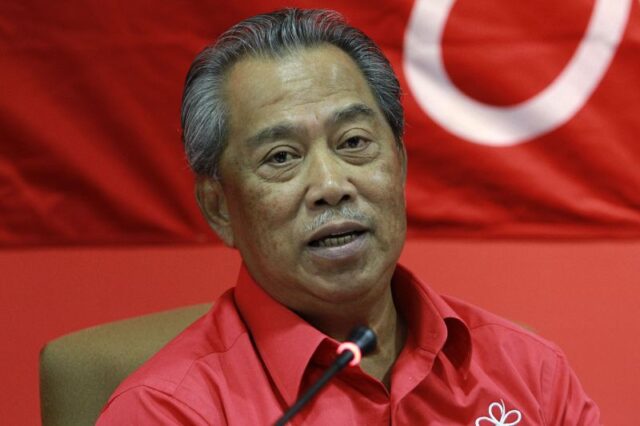 PEKAN– A Barisan Nasional victory in the Chini state by-election would deliver a clear message of Perikatan Nasional’s abilities as a political coalition capable of working hand-in-hand to successfully carry out the people’s welfare and national development agendas.

Bersatu president Tan Sri Muhyiddin Yassin said the agreement and maturity among PN parties to be able to openly campaign and share the same political stage during the Chini by-election campaign is a move to consolidate the coalition as a strong and steadfast political entity.

“The Chini by-election is the first election for Bersatu and its Perikatan coalition partners. As Bersatu president and Prime Minister, I am fully backing BN’s choice of candidate for this by-election, Mohd Sharim Md Zain,” he said in a statement here today.

“The campaign is further strengthened with the presence of senior Bersatu leaders from throughout the country,” he said.

Muhyiddin urged the 20,990 registered voters in Chini to come out in full force and vote for the BN candidate this Saturday.

“Your choice of candidate will not only determine the development and future of Chini, but also open a new chapter as to where national politics is headed,” he said.

The by-election is being held following the death of incumbent Datuk Seri Abu Bakar Harun, 60, on May 7.

The state seat is one of four in the Pekan parliamentary constituency. This by-election is the first to be conducted after the Movement Control Order was enforced on March 18, and the 11th after the 14th General Election.