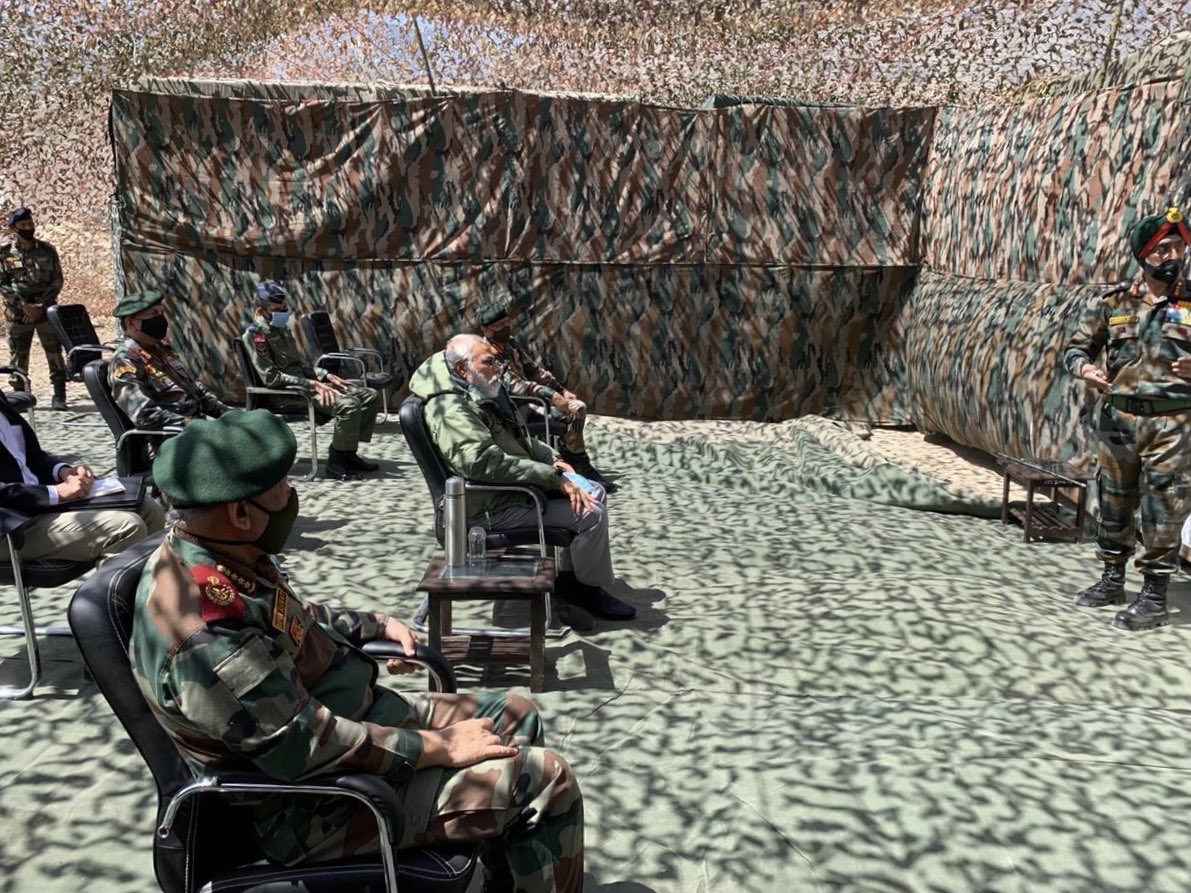 NEW DELHI — Indian Prime Minister Narendra Modi on Friday made a surprise visit to the Ladakh region where Indian and Chinese soldiers were involved in a violent clash last month.

Modi visited one of the forward locations in Nimu, located at 11,000 feet in the Himalayan region, and interacted with military personnel, news agency Press Trust of India reported.

India and China in recent weeks have reinforced their positions with thousands of troops along the Line of Actual Control where they have competing territorial claims.

The border tensions have escalated following a clash on June 15 in which at least 20 Indian soldiers were killed and dozens injured while there was an unspecified number of casualties on the Chinese side.