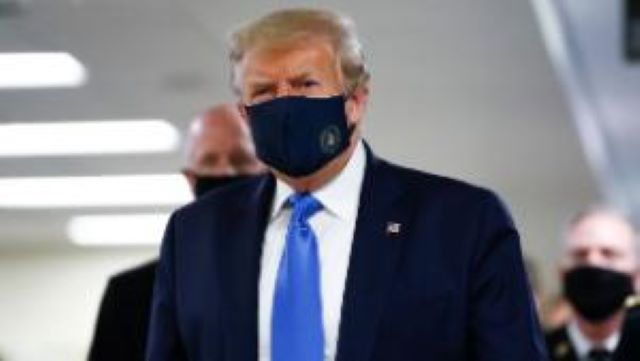 WASHINGTON- United States President Donald Trump said Tuesday afternoon that the coronavirus pandemic in the United States will probably “get worse before it gets better”, reported Xinhua news agency.

“It will probably, unfortunately, get worse before it gets better, something I don’t like saying about things but that’s the way it is,” Trump said in his first press briefing at the White House on the pandemic in nearly three months.

“Some areas of our country are doing very well, others are doing less well,” he told reporters. “Unfortunately now Florida is in a little tough — or in a big tough position.”

More than 3.8 million people in the United States have infected with the virus, with more than 141,000 deaths, according to a count by Johns Hopkins University, as some states, including Florida, are currently seeing a surge in cases.

Trump, who did not wear a mask giving the briefing, acknowledged that masks are effective in containing the spread of coronavirus, adding that he has “no problem with it.”

“Whether you like the mask or not, they have an impact. They’ll have an effect and we need everything we can get. We are asking everybody that when you are not able to socially distance, wear a mask, get a mask,” he said.