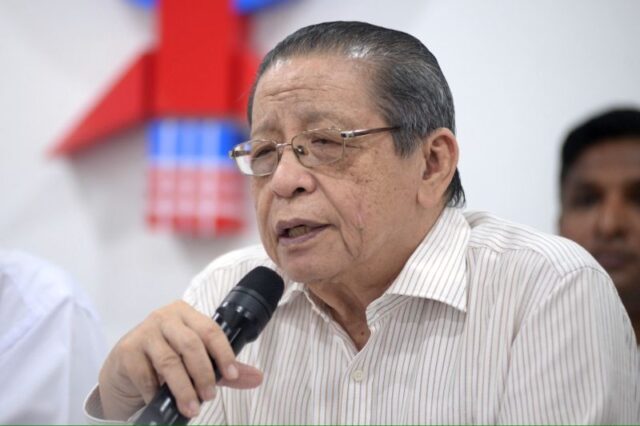 First of eight articles by DAP MP for Iskandar Puteri Lim Kit Siang on “My years in Malacca” on Thursday, 11th November 2021)

Many thought I am a Malaccan. They are wrong.

I was born, bred and educated in Batu Pahat, Johore up to the end of my secondary education.

I first visited Malacca in April 1955 when I was in Form One and cycled with two classmates Tan Tik Seng and Allan Goh Chay Foo from Batu Pahat to Malacca during the April school holidays.

We visited the tourist sites in historical Malacca – the Stadthuy, St. Paul’s Hill, A’Famosa, Bukit China, Cheng Ho and Hang Tuah’s wells – but what interested us most was the first Afro-Asian Conference being held in Bandung on 18-25th April 1955.

This was our first preoccupation during our two-day 62-mile bicycle trip from Batu Pahat to Malacca (with an overnight stay in Muar) as Asian, African and Third-World leaders were meeting for the first time – giants like Chou En-lai, Nehru, Sukarno, Nasser, Tito and Nkrumah.

There was no surety beforehand that the DAP in the 1969 general election would win many seats as we were hoping to win one or two seats but prepared for the long political haul to propound our ideas that Malaysia is a plural society belonging to all Malaysians who have made it their home, and not to any one race or religion.

In the last-minute, it was felt that it might be more winnable for me to contest in Bandar Melaka parliamentary seat, and I was sent to Malacca to fly the DAP flag for a more just, democratic and better Malaysia.

I was then 28 years ago but like all youths, we were full of idealism and prepared to take on the world – heedless “how high the sky, how deep the bowels of the earth”!

If I had been guilty as alleged, the government of-the-day and the police would never have allowed me to forget.

I was probably the only MP in 1969 who had a legal victory procession and a legal victory rally in Malacca on May 12, 1969 for I was slated to fly to Sabah on the morning of 13th May 1969 as polling in Sabah was to be held a fortnight after the peninsular voting.

I was speaking at a mammoth public rally in Kota Kinabalu when someone informed from the backstage that trouble had broken out in Kuala Lumpur but I was not sure of the details.

The next morning on May 14, 1969 I was served with an expulsion order to leave Sabah by the then Sabah Chief Minister, Tun Mustapha, for disrespect to him at the Kota Kinabalu public rally.

I flew out of Kota Kinabalu on May 15, but as Subang Airport was under curfew, I stopped in Singapore and stayed with C.V. Devan Nair for three nights.

Party leaders, friends and family members advised me not return as I was on the detention black-list. They advised me to stay away until the national crisis had blown over.

But I had no doubt that I had to return to Malaysia, for how can one expect to be a leader and a Member of Parliament when he is not prepared to return to share with the people their troubles and problems?

When curfew conditions at the Subang International Airport eased, I bought air ticket to fly home.

But I took the precaution to fly to Ipoh so that if I do not appear at the Ipoh airport, party leaders and family members would known I had been detained.

At the Subang airport, all passengers had to disembark for immigration check as we were coming in from a foreign country.

There was an immigration officer with two armed police personnel checking the passengers who formed a queue at one end of the tarmac.

When it was my turn, I asked whether they were looking for me. They looked at me, checked my passport and ushered me into a waiting police car – marking the beginning of my first detention under Internal Security Act.

I never regretted returning home to face ISA arrest. It was my duty as a newly-elected Member of Parliament and a DAP leader.

I was appointed the DAP Secretary-General when I was in Muar detention Centre during my first ISA arrest.

Now the torch of Malaysian First has come back to Malacca in the Malacca general election on November 20, 2021.

In the next seven days, I will write about my years in Malacca. 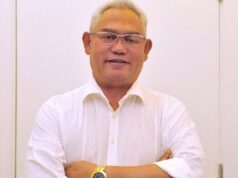