Chennai, Jan 28- Malaysian national Muthu Nedumaran is the man behind the popular Sellinam Tamil input for mobile devices. During his visit to Chennai, this pioneer of Tamil computing speaks to Karthik Subramanian about what the future holds for the industry

Muthu Nedumaran speaks with a certain assuredness and calm on the opportunities that lay ahead for Tamil language computing. Some of the things he says shock too — “As an industry, we have been completely blind to the requirement of the masses.”

But the words, coming as they are from easily one of the pioneers of not just Tamil but Indic language computing and a man who is privy to world’s biggest technology companies, make one want to sit up and listen. Muthu Nedumaran’s Tamil language input software Sellinam powers mobile devices of Apple and HTC, and has over 1,20,000 users all over the world. Many who have followed Tamil computing over the years see the Tamil input integration into iOS 7, Apple’s latest mobile operating system, as a tipping point that is one of the biggest leaps forward in terms of enabling users operate devices in their mother tongue.

One of the founders of International Forum for Information Technology in Tamil (INFITT), a forum of Tamil computing developers, and a person with over three decades of experience in Tamil computing, Muthu Nedumaran is a respected voice in technology circles. He was in the city for a stop over recently before proceeding to Coimbatore to attend the Thaayagam Kadantha Tamizh conference organised by the Centre for Tamil Culture.

When I poke him with a fairly straight forward “Where is it (Tamil computing) headed now” question, he gets candid. “We have not even started. Forget addressing today’s or tomorrow’s needs. I think as a community of Tamil language computing developers, we have not even properly addressed yesterday’s needs,” he says.

“I have been involved with Tamil computing for over 30 years now, and we always looked at it as something to address the needs of knowledge seekers and sophisticated users. But Sellinam proved me wrong.” A bulk of the Sellinam Tamil input users, in fact, comes from Tamil Nadu, and a lot of them are using it for very basic reasons — such as reaching out to their loved ones, or sending out simple communication. And not for very sophisticated usage.

There is a lot of chatter about advanced tools such as optical character readers, text-to-speech engines and so on. But Nedumaran says that the most basic need — that of enabling people to be able to input words in their mother tongue — is only just being met in the Indian scenario. To him, those are the primary drivers of Tamil and other language computing right now.

Having extensive experience in working out computing solutions in the Indo-Chinese countries, he contrasts the scenario of Tamil-speaking population of India, Sri Lanka, Singapore, Malaysia and other countries with that of a smaller demographic of Vietnamese. “Since they don’t know English at all, mobile phones and other gadgets have always had Vietnamese language interface in them for several years now. They went past basic needs long ago,” he says. “Unfortunately, the device manufactures catering to the Tamil-speaking world never deemed it necessary until now to provide it with simple and easy-to-use tools.”

Nedumaran has been working on input method editors for several years now. He originally developed the Murasu Anjal suite of software tools, which helped create, edit, convert and publish Tamil content as early as 1985. Apple included Murasu Anjal as part of its Mac OS operating system in 2004.

The Malaysian-national seems most excited about the last two or three years, in terms of reach through the mobile devices. He sees a vast potential in terms of what could be achieved. 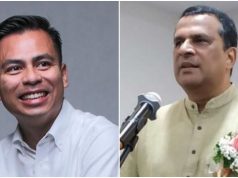 Fahmi Fadzil & Muthu Nedumaran to speak at “The Troublemakers’ Manifesto” 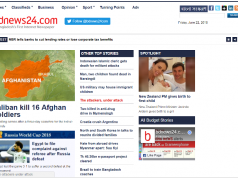 ‘bdnews24.com’ rolls out new version of app based on selliyal’s technology

Get together talk with Muthu Nedumaran in London